Women and Migration: between Violence, Discrimination and Intersectionality

Elena Galzignato, holds a master's degree in Human Rights and Multi-level Governance & International Relations obtained in the framework of the double degree programme established between the Universities of Padova and Wroclaw. She will soon start an internship as an auditor to monitor the condition of workers in private companies. This In Focus article is excerpt from her master thesis discussed, in July 2019, under the supervision of prof. Paolo De Stefani.

We are living in an era in which human rights are increasingly interdependent and interrelated, in which the intensification of migration flows, the globalization and the mobility are raising new challenges. In this era, women have finally been granted their human rights; however, they are still discriminated and undervalued, and violence against them has been escalated. This article intends to analyse more in-depth the phenomenon of violence and discrimination against a specific category of women: migrant women.

Migration is a global issue: migrants who arrive irregularly in a host country may become victims of trafficking or may be stopped by the police, detained in centres or prisons. Tolerance and acceptance are difficult words in nowadays climate of fear and terror; moreover, the raising of populistic and right-wing or extreme right-wing governments does not help to look properly at the increasing phenomenon of immigration, on the contrary, they fuel anti-migrant sentiments and discriminatory practices with their slogan and policies. Xenophobia against non-national, in particular migrants, and especially migrant women, is one of the main sources of contemporary racism, as the Durban Declaration (2001) points out. Repercussions of migration are likely to last for generations, touching some delicate issues, such as security, national identity, human rights, and the structure of liberal democracies themselves, reinforcing Euroscepticism and hostility towards migrants. However, the current refugee crisis is not only an emergency but a “critical juncture” potentially able to reshape Europe and affect the international order for the future. In the current scenario, women represent almost half of the international migration: the feminisation of migration is giving rise to a growth in the number of migrant women, at the same time boosting their contributions to economic and social life in the country of origin as well as in the host country.

Borders evoke divisions and lines, exclusion and hierarchies; when referring to migration, the language of borders has a strong symbolic appeal as they may limit the enjoyment of human rights for migrants, insofar as they still are non-negotiable and non-flexible symbols of power: humanity continues to be divided and at the mercy of States’ sovereign power which determinates who is included or excluded from the territory. Those women who come into contact with borders become more vulnerable «as they engaged with the borders in several gendered forms». The process of migration put them in front of different forms of discrimination and violence, indeed «gender may interlock with border regions to reinforce and shape violence. Gendered violence embodies gender oppression in the border regions where women’s status as residents in transition as well as refugees and illegal migrants translate into exploitable demography. Threats and violent episodes in border regions may further be facilitated by hyper-patriarchal, misogynistic, and repressive socio-cultural practices». The State’s borders reinforce an environment which disadvantages women, inasmuch as it often condones the violation of human security and human rights, especially women’s human rights. According to Peroni, immigration norms and practices can create and aggravate inequalities and human rights abuses, inasmuch as they have a strongly gendered nature when regulating migrant women’s relations in different spheres. With the concept of “intersecting borders of inequality”, Peroni sheds light on the fact that «migrants are not naturally vulnerable; rather the state is deeply implicated in constructing vulnerability through immigration controls and practices». As regards the violence these women experience, it is needed to clarify that even if it is modulated according to their sociocultural background, there are two general conclusions concerning migration flows: «first, rape is an endemic problem affecting almost all women at some point during migration; and secondly, women’s bodies are considered as objects that can be controlled, used, sold and treated violently by men, a reality that in some cases leads to murder».

Vulnerability is today covering a leading role in reproducing and facilitating trafficking and exploitation among migrant women: they flee from poverty, unemployment and abuses, as well as the political, environment and humanitarian crisis, ending up in criminal networks and transnational organised crimes due to the lack of opportunities and the restrictive immigration policies in the countries of destination. Migration constitutes a constant re-balancing for these women who become more and more vulnerable because of the lack of points of orientation, know-how and the rise of violence against them: their dignity continues to be violated in many occasions during their departure, travel and arrival. Their status of migrants is not only legal but also psychological, taking the form of a life-long process; indeed, crossing borders is a traumatic event which affects the identity and role of the woman, changing her life, abilities and responsibilities related to her social role: «Femininity, motherhood, sisterhood, being members of a community, everyday family chores, lifestyle undergo a huge process of redefinition during the process of relocation». At the same time, migrant women may be empowered by this process as well; thus, even if migration generates an image of migrant women as victims and passive actors, «women’s sexualities in a context of migration can also become an asset to the migration and space of empowerment during and after migration». Migrant women can instrumentalise the barriers they face in order to defend their interest: some of them reclaim their sexuality as something positive and helpful in achieving their goals, some others use it as a means of social change in the host country.

Gender is today such an important element in the migration cycle: gender norms define roles and behaviours, creating new chances as well as threats for engagement, empowerment, and awareness-raising, challenging the notions of traditional masculinity. Nonetheless, because of their migrant status and due to their sometimes-low levels of education, women experience more difficulties, discrimination, violence and exploitation: they flee from abuse and poverty to find themselves in a new situation of violence. These women usually work in the informal sector without security, being exposed to unsafe working and economic conditions, with no social benefits and health insurance, frequently leading to labour discrimination, sexism, racism and xenophobia. However, the Convention on the Elimination of Discrimination against Women (1979), as well as other treaties and declarations, establishes their right of protection and, according to the due diligence principle, States have a duty to respect, protect and fulfil the human rights of these people, without regard to their nationality, origin, gender, age or immigration status. At this juncture, the concept of intersectionality takes significance: it is about the creation of different forms of disadvantage, overlapping and interdependent systems of discrimination which have always existed at different levels; intersectionality helps us to identify the role of power and its pervasive character at all levels, evidencing the complexity of today’s social world: women continue to experience oppression in varying configurations and degrees of intensity, and «cultural patterns of oppressions are not only interrelated but are bound together and influenced by the intersectional system of society». This means that women deal with violence and discrimination every day, but certain groups of them, such as migrant women, have multi-layered facts in life and face additional discrimination as a result of their status of women and migrant. 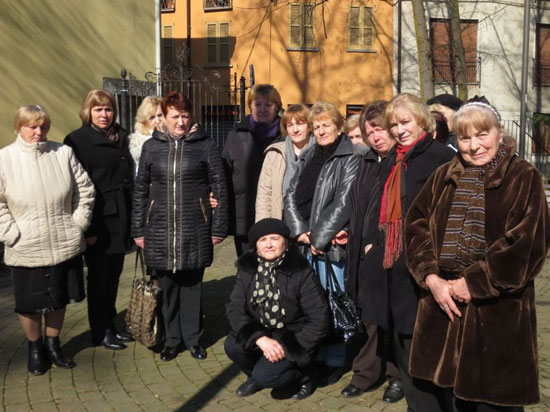 Throughout an in-depth analysis of two European countries, Poland and Italy, a worrying trend has come to light: States are now becoming more and more intransigent towards migrants and indifferent to the cause of women. As an example, both these two countries, which are experiencing a wave of new populism, are levering on anxieties and insecurities, fostering a climate of xenophobia, fear and hatred towards foreigners. The media and the governments have made migration issues a key point in their agendas, leaving no room for positive news in regard of immigrants, on the contrary, exacerbating their perception in the eyes of the population. Their strict immigration policies force many migrant workers to be in an irregular situation, without law protection and access to it, dependent on and vulnerable with respect to their employers. Moreover, these two States do very little in rejecting violence against women, in eradicating gender stereotypes and in protecting women from abuse and discrimination, but this is just detrimental for them in that the underestimation of the female population causes a huge loss in the State’s pockets. Indeed, who better than migrant women can successfully help in dealing with these problems? Who is better in “rejuvenating” the population?

To sum up, in dealing with migrant women, discrimination and violence, it is necessary to move from borders to bridges. The large migration process of our era is not easier than those of previous decades. Lots of men, women and children are willing to risk their life, while leaving their houses and families, fleeing from poverty and war, in order to find better opportunities abroad. Their destiny is decided during their travel. Many of them are not able to land in the country of destination, especially those who travel via boats in the Mediterranean Sea; others meet discrimination, obstacles and see their rights denied. Among them, lots of women and minors feel additional hurdles: migrant women and girls may be affected by multiple forms of violence; they suffer violence before, during and after their arrival in the host country; they feel oppression because of the fact that they are women; they are discriminated for the colour of their skin or the country of origin; they even face abuse in the reception system, which is sometimes saturated by racism and looks like a prison.

The violence of patriarchy, neoliberalism, market and globalisation put these women in disadvantaged positions, fostering their oppression: repatriation, deportation, exploitation of workers, the sex industry are only some examples of this oppression. For such a reason, the right of asylum should be real, full of meaning, recognised for every type and form of violence which target women, and the procedures for obtaining asylum or international protection should guarantee the respect of gender diversity. Furthermore, in order to prevent irregular immigration and its exploitation, as well as situations of abuse and violence, it is required to adopt some positive steps: firstly, it needs to avoid the formation of marginalised groups in society, trying to enhance social cohesion, inclusion and stability; secondly, migration should be managed properly through public policies which guarantee social and economic rights to victims, such as adequate levels of salary and decent working conditions; thirdly, in applying a human rights perspective to violence and discrimination, we can break the silence and foster the creation of connection among transnational advocacy feminist networks; and finally, in order to spread knowledge about these topics, it is necessary to promote multicultural dialogue and educate to human rights. Through education, women can empower, enhance their identity and value their capacities; they can eventually tell their stories and build a better life in respect for their rights and choices. Indeed, multicultural dialogue may foster the relational conviviality, woven into new kinds of languages, and encourage the sharing and promotion of those values which make the members of the society feel part of a genuine community.

Women are an essential part of the society and their contribution is fundamental for the future of the world. We need women and it is also our business to give them the chance to make the world a better place.