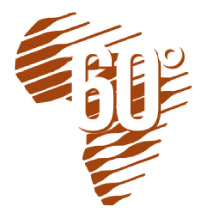 Honorary Degree in Institutions and Policies of Human Rights and Peace of the University of Padua bestowed on Monsignor Luigi Mazzucato, First director of the NGO "Medici con l’Africa Cuamm"

On thursday, 11 November 2010 at 9.30, at Aula Magna "G. Galilei" in the Palazzo del Bo, University of Padua, took place the conferring ceremony of Honorary Degree in Institutions and policies of Human Rights and Peace to Monsignor Luigi Mazzucato, first Director of the Paduan "NGO Medici con l'Africa CUAMM" (Physicians with Africa CUAMM).

Don Luigi Mazzucato was born 8 January 1927 in Saccolongo (near Padua). He became priest in 1950. During 1955 he achieved Theology degree at Università Gregoriana in Rome. He has been CUAMM director from 1955 to 2008, after him, father Dante Carraro became the new director .

When, in September 1955, he was designed director of the Collegio Universitario degli Aspiranti Medici Missionari CUAMM (Boarding school for aspiring missionary doctors) he was just 28, and the school was just five, it was established in December 1950.

He has rapidly endorsed the evangelical motto “Euntes curate infirmos” (Luke 10, 3-9) which has been chosen by the founders of the boarding school to point out the objective and inspiration of Medici con l’Africa (CUAMM), the sense of its existence, the aim of its working.

For more than fifty years don Luigi Mazzucato life was bound with Medici con l’Africa CUAMM history. A challenge taken on with devotion and involvement, with extraordinary capacity on gathering reality and prophecy. Beside the vocation on searching for the everyone's good part instead of the bad one, he has a great amount of courage and enthusiasm.

Under his guidance Medici con l’Africa CUAMM hosted 270 students coming from 32 countries from the third world and many hundreds of Italian students (at present, there are 54 of them). At the same time, during these years, more than 1200 doctors and 250 among nurses and technicians left from Padua with Medici con l’Africa, for an average period of 3-4 years, some of them even for 8-10 years or lifelong.

The engagement for the development involved courage and risks in many challenges. “After all, at the beginning CUAMM itself was a challenge, a huge challenge” says don Luigi.

With more than 150 missionary travels in the African continent, don Luigi Mazzucato still sees, with his silent presence, the work of Medici con l’Africa CUAMM, animated by that “Euntes curate infirmos” endorsed since more than fifty years.