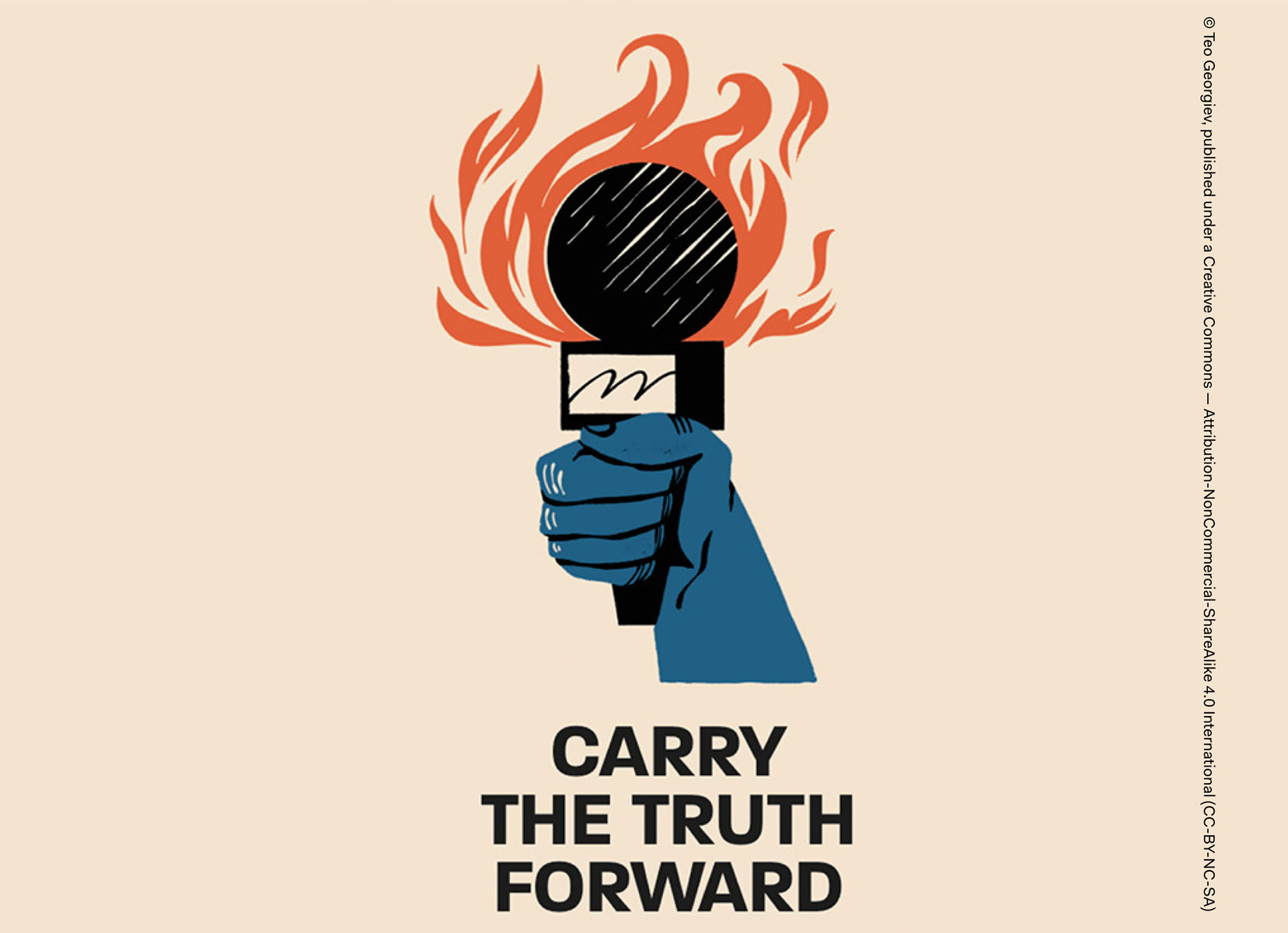 Iryna Matviyishyn is an independent journalist and producer currently based in Lviv, Ukraine. After her graduation from EMA in 2018, she started working for the NGO Internews Ukraine which specializes in media and communications. For 3 years, she worked as a project coordinator, producer, analyst and journalist of UkraineWorld media project, predominantly focused on human rights issues and Russian aggression against Ukraine. Right before the full-scale invasion, she quit her job and started working as a local producer with NPR. Since then, she has been working on stories in different parts of Ukraine. Alumna of GC Europe Follow her on Twitter @IMatviyishyn

Luciana Bertoia is a journalist based in Buenos Aires, Argentina. She has a degree in Journalism (TEA) and another in Political Science (UBA). In 2012, she graduated from the Master in Human Rights and Democratisation for Latin America and the Caribbean (UNSaM). She currently works for the daily Página/12,one of the main media outlets in Argentina, and TV Pública, the state-owned TV channel. She is also a lecturer at the National University of Lanús (UNLa). Alumna of GC Latin America and the Caribbean Follow her on Twitter @LucianaBertoia

Marina Shupac is an award-winning journalist, self-shooting documentary filmmaker and human rights practitioner from Moldova. She studied documentary filmmaking at University College London on a Chevening Scholarship. Through the One World Media Global Short Docs Forum 2020, her graduation project, Last Chance for Justice, was commissioned by the BBC World News. The f ilm won the One World Media Awards in the Student and Short film categories as well as the Special Mention at the International Human Rights Film Festival One World. Previously, Marina was awarded the Senior Minority Fellowship with the UN Human Rights Office and the Sakharov Fellowship with the EU Parliament. Coming from an ethnic minority background and born in the small town of Bessarabca, Marina is passionate about stories that diminish divisions between “us” and “them” and create solidarity among people. Alumna of GC Caucasus Follow her on Twitter @MarinaShupac