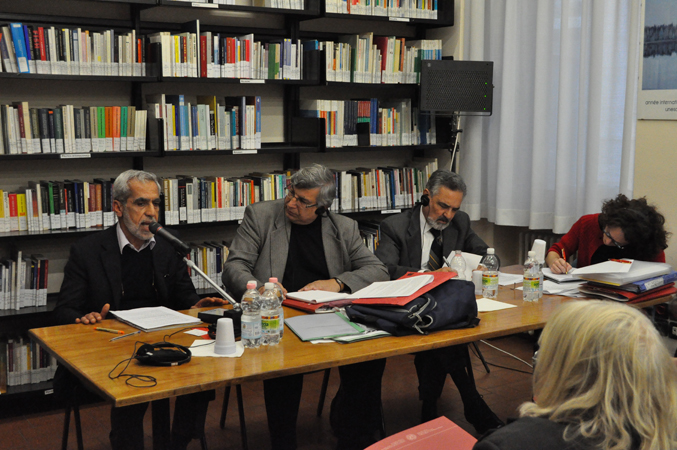 On 26 November 2010 the latest visit in Italy of the delegation of the European Commission against racism and intolerance (ECRI) ended. This independent monitoring body, established in 2002 by the Council of Europe, is specialised in combating every form of racism, xenophobia, anti-Semitism and intolerance, with the aim of human rights protection.

ECRI is preparing the fourth Report on Italy which will contain a deep analyses of the situation of racism and intolerance in our country, as well as recommendations on how to solve the problems detected.

As usual, the delegation had meetings both with public authorities and civil and academic society. Official meetings in Rome, Venice and Naples have been promoted and coordinated by the Comitato interministeriale dei diritti umani del Ministero degli Affari Esteri (Interdepartmental Committee for human rights of Foreign Affairs Ministry of the Italian Republic).

The Interdepartmental Centre on Human Rights and the Rights of Peoples of the University of Padua, on the purpose of ECRI Secretariat, contributed to organise a consultation with civil society organisations operating in the Region of Veneto, which took place at Human Rights Centre during the afternoon of Wednesday 24 November.

The representatives of the major associations operating in the Region of Veneto have resumed orally the content of precise dossiers given to ECRI delegation:

The ECRI delegation asked participants to provide punctual answers on some relevant and problematic aspects of thr situation in the Region of Veneto.

The meeting finished with the complete satisfaction of the ECRI delegation for the information and the recommendations received.

Council of Europe, European Commission against Racism and Intolerance