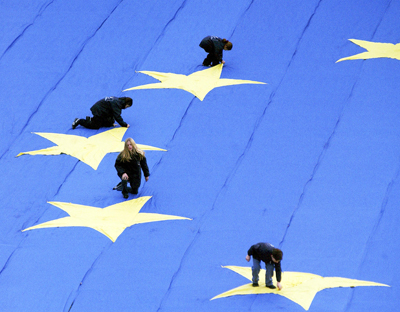 Human Rights Centre of the University of Padua: First meeting of the Contact Persons of the European "National Preventive Mechanisms" Project

A first meeting of the European NPM Contact Persons will be convened on 27-28 January 2010 in Padua (Italy). The meeting will be co-organised with the Interdepartmental Centre on Human Rights and the Rights of People of the University of Padua, within the framework of the so-called “European NPM Project” financed jointly by the Council of Europe and the European Union.

The National Human Rights Structures (NHRS) Unit of the Directorate General of Human Rights and Legal Affairs (DG-HL) of the Council of Europe has developed this project with the aim to create an active network of the NPMs in Europe to foster peer exchange and provide a forum for cooperation between this network and international actors, such as the United Nations Sub-Committee on the Prevention of Torture (SPT) and the European Committee for the Prevention of Torture (CPT). The ultimate guiding principle is to strengthen the prevention of torture at national level in all Council of Europe member States.

The project focuses on four main areas of activities: - Creating an active network of NPMs in Europe to foster peer exchange, critical reflection and creative thinking on NPM work; - Promoting awareness of CPT and SPT standards and working methods within the European NPM network; - Promoting the cooperation between the SPT, the CPT and the NPMs; - Promoting the ratification of the OPCAT and the establishment of OPCAT compliant NPMs where they do not exist. The European NPM Project will be managed by the NHRS Unit of DG-HL (Directorate of Cooperation, Legal and Human Rights Capacity Building Department, Legislative Support and NHRS Unit). The Association for the Prevention of Torture (APT), a non-governmental organisation with longstanding, universal experience in torture prevention, has agreed to be the implementing partner for the Project. Ms. Silvia Casale from the UK, who combines personal experience as former President of both the CPT and the SPT, has agreed to serve as Project Advisor.

At this first meeting the work programme under the European NPM Project for the coming two years will be decided upon, especially as concerns the themes, places and dates of the thematic workshops. The heads of the European NPMs were invited to designate the Contact Persons for their respective institutions by 1 December 2009. All of the operating European NPMs have now appointed a Contact Person, who will attend the meeting. In addition, representatives of the European Commission, the SPT and the CPT, as well as APT experts and Council of Europe staff members will participate in and contribute to this meeting.