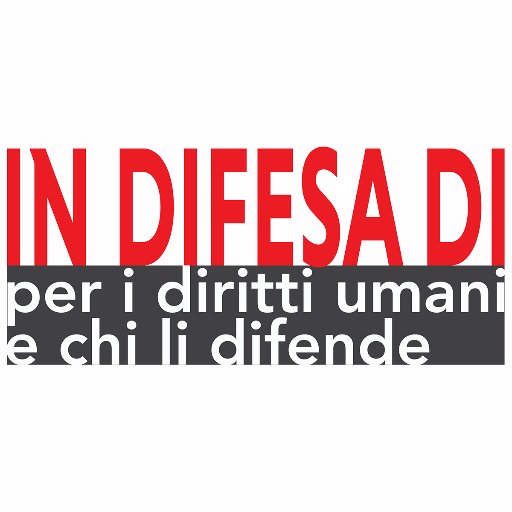 In Difesa Di: Launch of the Human Rights Defenders Network in Italy

The network "In Difesa Di – per i diritti umani e chi li difende" (In defense of - for human rights and those who defend them) has been launched. The network is a coalition of more than thirty Italian organisations and associations who are active in the field of human rights, the environment, international solidarity, peace and disarmarment, freedom of press and state of rights.

The network aims to unite the expertise and knowledge of the various associations in order to open up a space of reflection and action onHuman Rights Defenders. The network also aims to ask for the commitment of the Government, Parliament and of local authorities to promote and protect those defenders. Alongside the advocacy work it does with political entities, the network works with specific cases and countries in order to spread public awareness and promoting and mobilising  both Italian and international civil society members. The network has already achieved some important results: in November 2016 an international conference was organised in the Italian Chamber of Deputies with Human Rights Defenders from Iraq, Afghanistan, Syria, India, and Mauritania, and on the 31st January 2017, the Foreign Affairs Commission of the Chamber approved a resolution that obliges the government and the Ministry of Foreign Affairs to reinforce their commitment to the protection of Human Rights Defenders.

The Declaration on Human Rights Defenders, which was adopted by the United Nations General Assembly in 1998, defines a human rights defender as anyone working for the promotion and protection of human rights. In 2016, the deaths of 280 Human Rights Defenders were reported, almost half of whom were indigenous leaders, environmentalists and those fighting for rights of the Earth, and there were at least one thousand threats, persecution, torture, or detention.