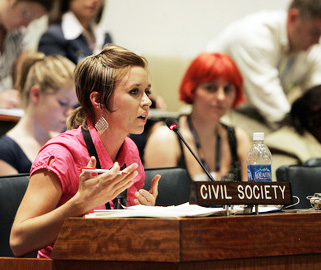 On 25 May 2016, the Italian House of Deputies approved, with 239 votes in favour against 78, a bill that mandates the cabinet to reform the non-profit sector (Delega al Governo per la riforma del Terzo settore, dell'impresa sociale e per la disciplina del Servizio civile universale).

The new legislation establishes Support Offices for voluntary activities (Centri di servizio per il volontariato) to provide technical support to non-profit organisations. The latter are allowed to manage such centres with due respect to other organisations’ possibility to accede and granting volunteers-based organisations the majority in terms of membership, which must be continously renewed.

Moving further, the legislation creates a National Council for the Non-Profit Sector (Consiglio Nazionale per il Terzo Settore) and a Non-Profit Sector Fund (Fondo per il Terzo Settore). The latter financially supports non-profit organisations’ activities oriented to the general interest. Its budget corresponds to €17.3 million during the current year and will be raised to €20 million in 2017.

The "Social Italy" Foundation (Fondazione Italia Sociale) is also established by the approved legislation. The Foundation is legally defined as a private-law entity with public aim. Its purpose is to attract, organise and support “philantropic initiatives and innovative ideas in social finance”.

The bill has been approved after a 2-year long legislative process and defines the non-profit sector as the set of private organisations aimed at solidarity, social benefit and civic function. Political associations, bank foundations, trade unions, category-based associations and other social partners’ organisations are excluded.