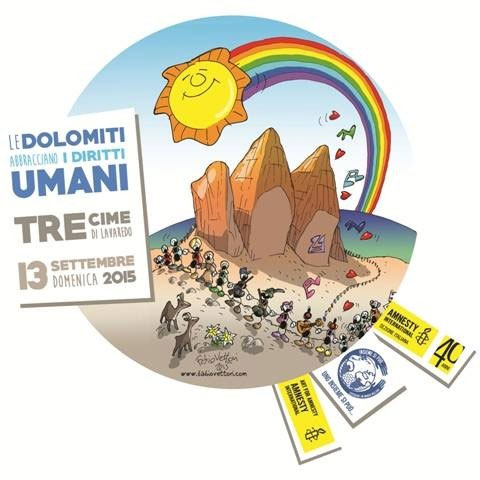 On September 13th 2015, the Tre Cime mountains in the Dolomites will be the setting for a massive ‘human chain’ – an embrace for human rights to establish a world of Freedom, Justice, and Peace for everywhere and among everybody.

The Human Chain is divided into 10 sectors, named with 10 countries in which human rights are violated. Upon arrival of the Three Peaks, the day of the event, each participant will be assigned and accompanied by one of the sectors and will become part of the chain.