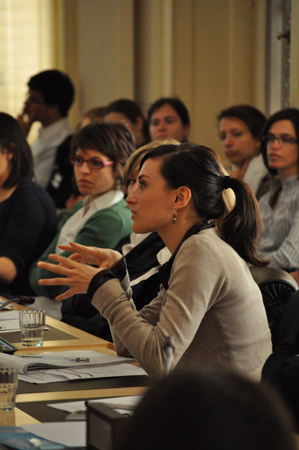 Following a multi-year practice, a group of students of the module in "International protection of human rights" taught by Prof. Antonio Papisca in the framework of the three-year Degree Course in "Political science, international relations, human rights" has carried out a "simulation" regarding states obligation to periodically report to the United Nations' treaty bodies which monitor the enforcement of the international legal instruments on human rights.

The simulation was performed on Tuesday 25 January 2011 at the Teatro Ruzante (University of Padua).