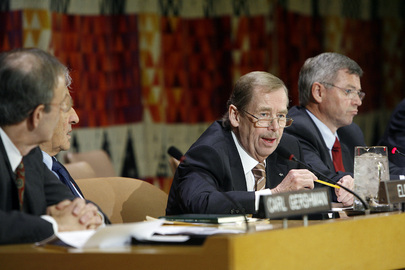 The passing of Vaclav Havel, leader of Charta 77

The Human Rights Centre of the University of Padua joins the global people of the human rights defenders in paying tribute to Vaclav Havel, the far-seeing and passionate leader of the dissident movement in the East of Europe that fought for human rights for all.

From 19th to 22nd October 1990, the direction of the Human Rights Centre took part in Prague to the first conference of the Helsinki Citizens Assembly – HCA, desired by Havel during his detention, and by other prominent human rights defenders, including the polish Bronislaw Geremek. Great was the emotion when Havel entered in the hall, shortly after his release and after being elected First President of the free Czechoslovakia. His testimony as a polite and generous politician and as a all-round humanist will be kept in the memory of all the people that are committed for the promotion and protection of human rights.