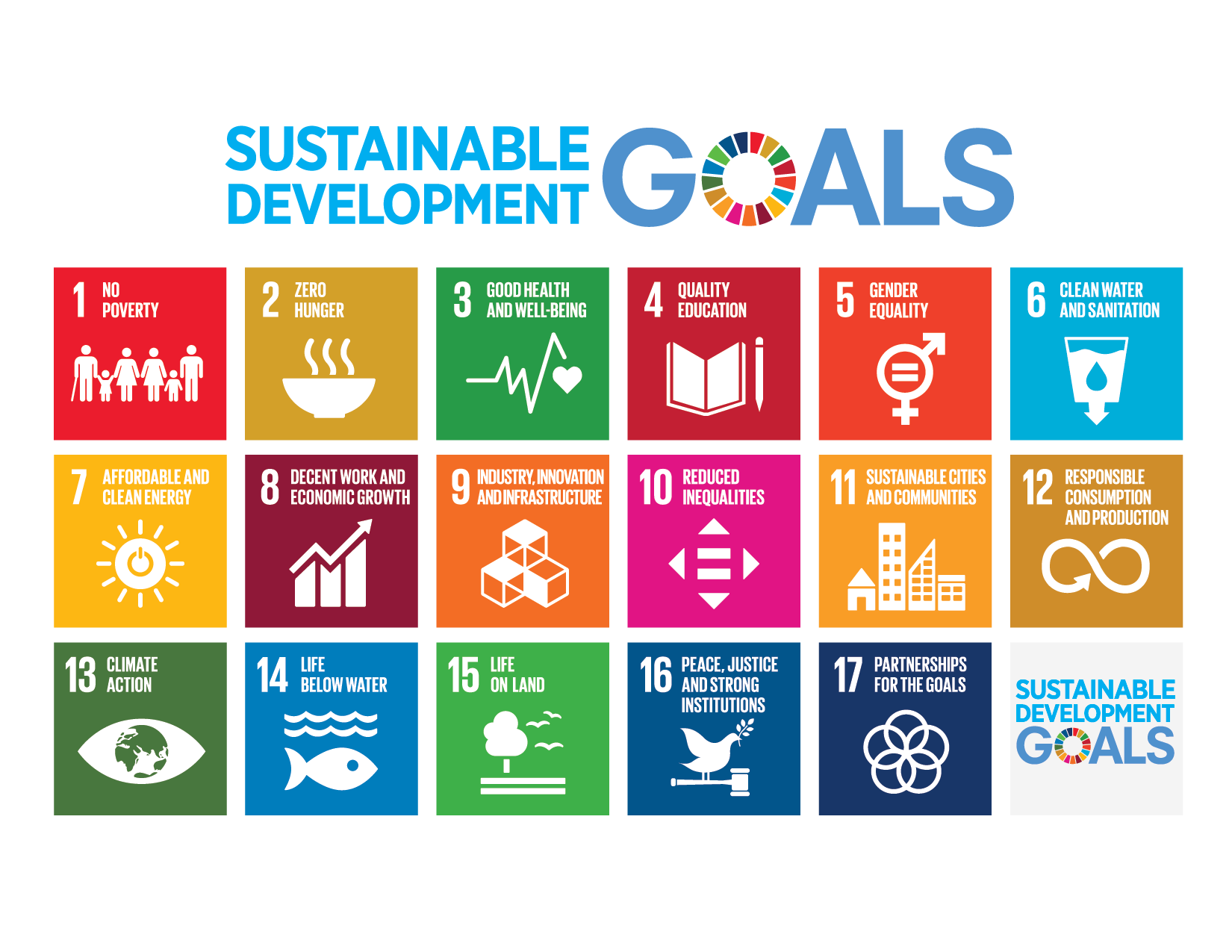 An Analysis of The Critiques to the 2030 Agenda for Sustainable Development: The Contribution of the Encyclical Laudato Si’ of Pope Francis

Laura Bontorin holds a master's degree in Human Rights and Multi-level Governance from the University of Padova. This In Focus article is an excerpt from her master thesis discussed, in March 2021, under the supervision of Prof. Pietro De Perini.

The year 2015 was a turning point year for the debate on sustainable development and ecology. Various documents faced the urgent environmental, social, and economic challenges of the last years: the United Nations 2030 Agenda for sustainable development, Pope Francis’ encyclical Laudato Si’, the Paris Agreement on climate change and the Addis Ababa Action Agenda of the Third International Conference on Financing for development.

In the last decades, there has been an evolution of the debate on sustainable development and ecology, both on the side of the United Nations and the Catholic Church. At the United Nations level, starting from the 70s, through soft-law acts, such as declarations, reports and action plans, the sustainable development concept has been defined (through the 1972 Stockholm Declaration, the 1987 Brundtland report, the 1992 Rio Declaration and many other initiatives). Concerning Papacy, the ecological concern has been debated in Popes’ encyclicals since the 60s, even if Laudato Si’ has been the first encyclical entirely devoted to ecology.

Even if the 2030 Agenda and the encyclical Laudato Si’ are considered by some authors (such as Massimiliano Montini and Francesca Volpe) as documents in antithesis, they can be analyzed from a perspective of alliance and mutual support. They share many themes, and both of them present gaps and critical points. For this reason, considering the critical aspects of the 2030 Agenda for sustainable development, a theoretical and practical contribution of the Laudato Si’ for SDGs achievement can be discussed.

Strengths and weaknesses of the two documents

The 2030 Agenda and the Laudato Si’ are different documents with different origins. The encyclical Laudato Si’ is an educational letter written by the Pope, direct to every person living on this planet, based on the Catholic Church social doctrine.

Despite the universal message of Laudato Si’, its major impact is for Catholic countries, where it has activated many initiatives. Only in some fields, Laudato Si’ message is also reaching no-Catholic countries. The 2030 Agenda indeed is an action plan, a global commitment for all the States. Its realization is monitored and supported by a follow-up and review mechanism and by a funding mechanism.

The encyclical Laudato Si’ presents two important points of strength: first of all, it proposes a new paradigm, integral ecology; secondly, it adopts a bottom-up approach to support actions of local actors and communities aligned with integral ecology. The 2030 Agenda has been criticized precisely in these two aspects. It encounters the difficulty to balance the paradigms that guide its three pillars - the economic, social, and environmental. The major critical aspect in SDGs implementation is the adoption of a top-down approach without considering local particularities and the specific needs of a context.

The 2030 Agenda for sustainable development is the result of a balance between different paradigms, namely economic growth, ecosystem integrity, human development and human rights. The first criticism argues that the economic growth paradigm risks clashing with the others. On the one hand, SDGs call to protect the planet and to take urgent actions on climate change, with targets established in Goal 6,12,13,14 and 15; on the other hand, the 2030 Agenda calls for continued economic growth at existing levels or higher through 2030, as established in Goal 8.

For some countries, economic growth is necessary to go out of poverty. Still, for other countries that have already passed a certain Gross Domestic Product threshold, additional growth may not be the answer to achieve human development, which, in turn, can be achieved by distributing GDP more fairly or by investing in social services. The 2030 Agenda misses a more critical perspective on the structural causes (in particular, an economic growth model without limits) responsible for inequality and human deprivation that make the SDGs necessary.

The second criticism is about SDGs’ distance from local needs. The 2030 Agenda is the fruit of a global decision between the governments of the Member States. But the SDGs’ distance from local needs can be aggravated if their implementation is exclusively guided by national governments or experts of NGOs, without giving local governments or communities an active role in SDGs implementation. Of course, Governments share a global responsibility to reach the goals. Still, the SDGs need to be owned by individuals, communities and civil society, starting from a bottom-up process and translating them into local realities.

In light of these criticisms, can Laudato Si’ contribute to the SDGs’ implementation? 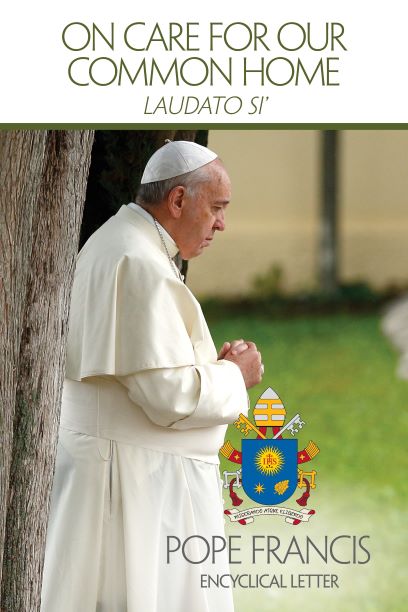 The theoretical contribution of Laudato Si’

At the economic level, Pope Francis is not against economic growth, but he supports a socially responsible form of capitalism guided by ethics.

He affirms that integral ecology is also a paradigm of social justice that points: to the care of nature, which is not considered an object of our property; to justice for the poor, the weak and the sick; to active commitment to eradicate poverty, for a more equitable distribution of wealth and equitable access to natural resources.

He supports a collective paradigm of human rights, departing from previous Popes’ positions. Francis’ collective approach places him as a friendly critic of more individualistic conceptions of human rights. He not only refers to individual human rights but also social justice, structural problems, the periphery, and collective solutions, which individual rights do not solve.

Furthermore, in addition to the three main dimensions of development – economic, social, and environmental – the Pope also presents the dimensions of cultural ecology and the ecology of daily, in which Francis is more focused on local particularities.

The next step is to understand if the integral ecology paradigm and its collective principles have been translated into some concrete initiatives.

Video 1: Integral ecology – what is it?

The practical contribution of Laudato Si’

Laudato Si’ and integral ecology have stimulated bottom-up initiatives and actions in different areas of the world, the majority of them in Catholic countries; others are also expanding beyond countries of Catholic tradition.

In the field of education, Scholas – an International Organization of Pontifical Law with 400 thousand educational centres worldwide – has areas of education devoted to the teaching of both integral ecology and sustainable development. Laudato Si’ and the 2030 Agenda can be promoted together: an alliance between them is possible.

Important community development actions are taking place thanks to Laudato Si’. In 2018, the founder of Slow Food, Carlo Petrini and the bishop of Rieti Domenico Pompili announced the constitution of Laudato Si’ international communities. Laudato Si’ communities are no-confessional communities that promote educational initiatives and actions aligned with SDGs' social and environmental priorities. They are present in Italy, and South America countries and their impacts will depend on their territorial expansion in the following years, as they are a very recent initiative.

Finally, an interesting initiative is the Laudato Si’ garden – the Living Chapel, a place where the distribution of plants and seeds begins. This project currently takes place in Italy, reflecting the success of an alliance between different actors. It results from shared work between universities, the Dicastery for integral human development, the United Nations, the Regions, architects, and municipalities. 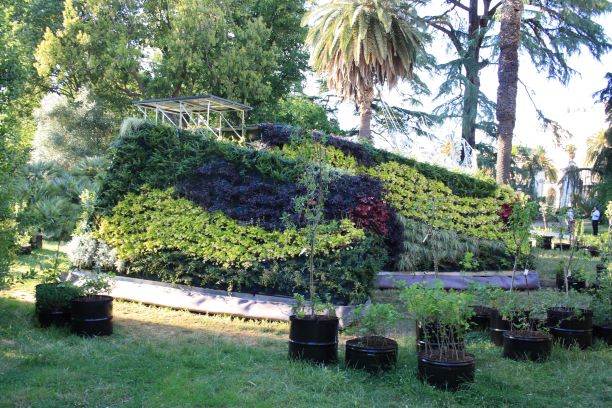 Laudato Si' has an important role in supporting SDGs' achievement. In numerous areas and fields of actions that flank political actions – economy, education, community development actions, spirituality – Laudato Si’ contributed and is contributing to the SDGs achievement. But at the political level, has Laudato Si’ had an impact? At the political level, until now, there has not been a concrete contribution. A law, a political project, a political movement has not concretized around integral ecology. Laudato Si’ has had only a persuasive role in the international debate. For example, during the 21st annual session of the Conference of the Parties for the adoption of the Paris Agreement, six nations – Italy, the Holy See, Mauritius, Paraguay, Ecuador and Guatemala – quoted Laudato Si’ and Pope’s environmental ideas.

Pope Francis has emerged as an authoritative voice on the common cause of the care of the earth. The United Nations General Assembly is an important forum to promote a message in the global political scenario: Francis exposed his vision on human rights, environment and collective goods, the day of the approval of the 2030 Agenda.

Of course, the 2030 Agenda is the political instrument that can make sustainability a reality. Pope Francis, in the section of the Laudato Si’ entitled “Lines of approach and action” (par.163-188), aims to encourage an honest and open debate at all the levels of decision-making, but not to replace politics, because it is not the task of an encyclical. Francis asks to bring integral ecology into dialogue for sustainable development. The passage of integral ecology from the sphere of dialogue to the regulatory sphere is a challenge for the political level.

An alliance between the two documents is possible and increasingly necessary. The 2030 Agenda is the most effective political tool to achieve sustainable development. But its critical aspects – the difficulty of harmonizing the different paradigms and declining the SDGs into local realities – obstacle the transformative shift desired. For this reason, Laudato Si’, through the integral ecology paradigm and the activation of bottom-up actions, can support and authentic sustainable and integral development and can give a stimulus to SDGs realization in many areas.

An Analysis of The Critiques to the 2030 Agenda for Sustainable Development: The Contribution of the Encyclical Laudato Si’ of Pope Francis_Thesis_Laura Bontorin (2021) (pdf, 969.34 Kb , EN)