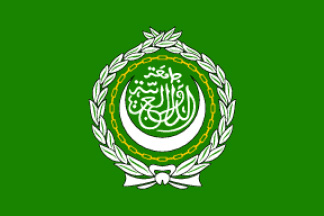 The principal Arab League institutions are: The Council of the League, The Secretariat General, The Joint defence Council, The Economic and Social Council, The Committees,

Each Member State has one vote in the League Council, while the decisions, taken by a majority voting in the Council, are binding only for those states that have voted for them.

The first Secretary-General of the Arab League was Dr. Abd El Rahman Azzam from Egypt serving the post from 1945 to 1952. The present Secretary-General is Dr. Nabil El Araby (Egypt). He is the 7th head of the League Secretariat General from its establishment, and was unanimously elected in 2011.

The Secretary-General has a key role as he prepares the draft of the budget of the League, submits it to the Council for approval and then takes the appropriate measures for managing this budget.

The Joint Defence Council was set up after the signing of the Treaty of Joint Defence and Economic Cooperation Between the States of the Arab League in June 1950. It is composed of the Ministers for Foreign Affairs and Defence from all the member states. The initial signatory States were Jordan, Syria, Iraq, Saudi Arabia, Lebanon, Egypt and Yemen and according to the art. 2 of the Treaty, “any (act of) armed aggression made against any one of them (…), to be directed against them all. Therefore, in accordance with the rights of self-defence, (…) they undertake to go without delay to the aid of the State or States against such an act of aggression is made, and immediately to take, individually and collectively, all steps available, including the used of armed force, to repel the aggression and restore security and peace. In conformity with Article 6 of the Arab League Pact and Article 51 of the United Nations Charter, the Arab League Council and U. N. Security Council shall be notified of such act of aggression and the means and procedure taken to check it.” It is up o

The Joint Defence Council under the supervision of the Arab League Council has actually the role to deal with all the matters concerning the implementations of this article among others.

The Economic and Social Council

The Economic and Social Council was set up to replace the Economic Council which had been created at the provisions of the Treaty in June 1950. Its aim is to establish the objectives of, and to promote the means for the economic and social development of the Arab world. It also coordinates the activities of the specialized agencies set up in the framework of the Arab League. Among the most important of these are the Arab Fund for Economic and Social Development, the Arab Monetary Fund, the Arab Organization for Agricultural Development, the Arab Labour Council, and the Council for Arab Unity.

In order to give concrete implementation of the common objectives of the Arab League listed in the art. 2 of the foundation Charter, the art. 4 established the creation of the special committees of the Arab League, which fell up in three categories: one category is set up by the main institutions of the League to assist the sessions so the lifetime of these Committees is linked to the timing of that specific Session, the “ad hoc” Committees are responsible for carrying out specific tasks and they are dissolved when their mandate has been carried out. The Permanent Committees play a crucial role within the League, they act in a specific sphere of competence with a variety of functions. There are Permanent Committees for political matters, social questions, health, culture, economic matters, information, oil, finance and administration.

The Arab Human Rights Committee was established after the entering into force of the Arab Charter on Human Rights in 2008 (having the necessary seventh ratification) to supervise its implementation, as mentioned in the art. 45 of the Charter.

League of Arab States - english version of the official website