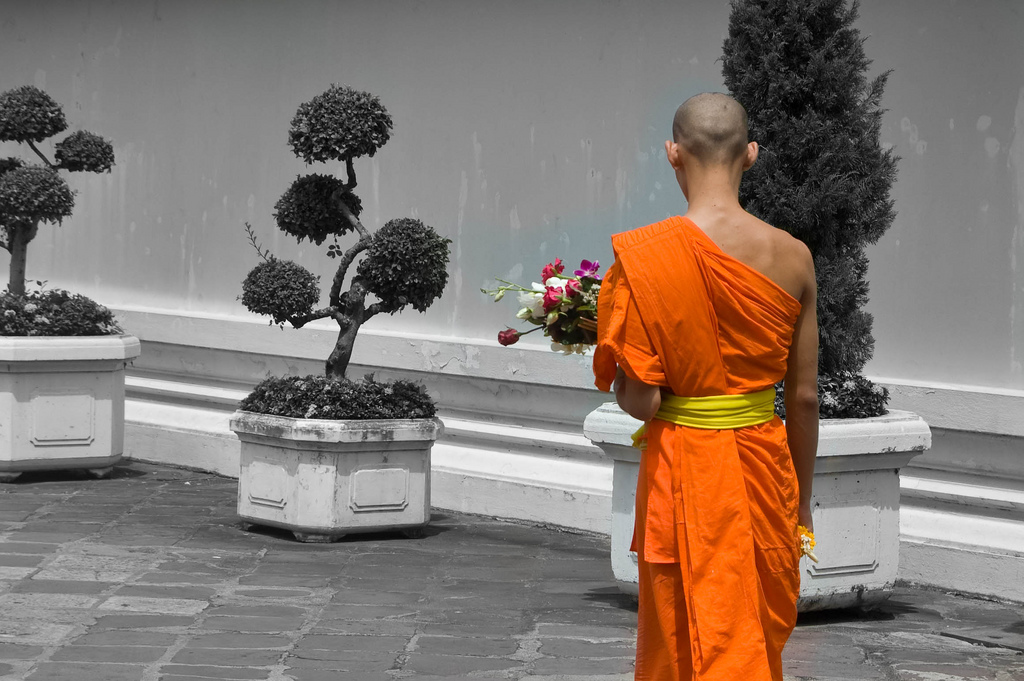 The relationship between Buddhism and human rights is characterized by both resonances and areas of concern. The academic reflection on this issue has only recently emerged. Over the last decades of the 20th century, two important phenomena contributed to raise awareness on this relationship, namely: the debate on Asian values and Engaged Buddhism.

As for the first phenomenon, during the past decades, several leaders and intellectuals in East Asia have challenged the notion that human rights are universal. Instead, they argue that human rights are products of Western culture, privilege Western imperialist values and are not well suited for Asian cultures. They propose, as an alternative, the concept of Asian values. According to them, while Western conceptions of human rights are based on individualism, adversariality, individual well-being, lack of emphasis on duties, etc. Asian values are grounded on different cultural principles such as social harmony, cooperation, collective well-being, duties, loyalty towards figures of authority, etc.

As for the second phenomenon, Engaged Buddhism, emerged in the 20th century, seeks to build a more compassionate, loving, nonviolent, just and sustainable world through socio-political activism, relying heavily upon the language of human rights. For Engaged Buddhists, faith transcends individual-centered belief, understanding, rituals and a search for Buddhist “enlightenment” to encompass social action across all dimensions of life, in accordance with Buddhist teachings. Buddhists in Myanmar, Tibet or Cambodia regularly use human rights to seek justice as integral part of their daily work on the ground.

On the basis of this context, the file tries to analyze both the resonances that justify the building of a Buddhist framework for the use of human rights and the underlying dissonances that still persist between the two paradigms on several issues.

First of all, as a preliminary note, it is necessary to admit that there is not such an explicit concept as “human rights” in classical Buddhism. According to the Buddhist conception of Dharma, there are sacred and reciprocal roles and duties for each person in sustaining and promoting justice. Dharma determines what is due in any situation and what is right and just from all perspectives and in all contexts. Dharma requirements are expressed in the form of duties rather than rights. However, the concept of human rights seems to be implicit in this normative framework. In fact, even in the duty-laden Buddhist tradition, there is no duty without prior right: the right provides a reason and justification for a duty. Therefore, a claim to right is not alien to the Buddhist tradition and it represents a complementary perspective on the requirements of justice, elaborated by Dharma. Therefore, the notion of rights is present in embryonic form in Buddhist tradition although it has not yet fully developed in history.

On the basis of this premise, it is possible to underline that, within Buddhism, there are both traditional core values, that can form a foundation of a Buddhist justification for embracing human rights, and persistent areas of discrepancy and concern. Sallie B. King, Professor of Philosophy and Religion at the James Madison University, in the chapter “Buddhism and Human Rights”, contained in the book “Religion & Human Rights” (edited by John Witte, Jr., Christian Green, 103-118. Oxford: Oxford University Press, 2012) provides an useful analytical framework shedding a light on five Buddhist justifications of human rights (the preciousness of human birth and enlightenability, the Five Lay Precepts; human equality, nonviolence, human freedoms) and four Buddhist concerns about human rights (individualism, the privileging of humanity, Responsibilities vs. Rights, adversariality). In order to facilitate the comprehension of the complex relationship between Buddhism and human rights, the following section will try to summarize the effective framework developed by Sallie B. King.

1. The Preciousness of Human Birth and Enlightenability

The foundation of human rights is the dignity of the human person. Buddhism holds that this dignity derives from the preciousness of human birth. According to the Buddhist belief in the reincarnation cycle, human birth is considered very rare and precious because only as humans it is possible to attain “enlightenment” and “Buddhahood”.

These precepts represent the most basic moral code of the Buddhist tradition. They are: abstaining from killing; abstaining from taking what is not given; avoiding sexual misconduct; abstaining from false; abstaining from fermented drink that causes heedlessness. It is possible to note an important parallel among these five precepts, other religious moral norms of conduct, and the moral content of international human rights law.

Buddhism, in the doctrine of no-self (there is no unchanging, permanent soul in living beings), holds that all individuals are equal in the most profound sense. Distinctions among human beings are not real but merely conventional. This is evident in the teachings and conduct of Buddha. He rejected the dominant caste system in principle, retaining that person’s place in society is related to his/her actions and not assigned by birth, and taught to everyone, including women, since everyone can attain the fruits of liberation by enlightenment.

There is a relationship between the Buddhist concept of nonviolence, also called Ahimsa, and the concept of human rights. Respect and autonomy for each person, minimal use of coercion in human affairs, non-harmfulness are crucial values related to Ahimsa and the Five Lay Precepts. These values and practices reflect several human rights norms and principles related to the right to life, the right not to be harmed, etc.

One of the core Buddhist precept is the freedom for human beings to pursue Buddhahood (self-perfection, spiritual self-development). According to the Buddhist teachings, this innate freedom is based on the deepest level of human identity. Several human rights and freedoms, enshrined in human rights law, are crucial for the pursuit of this end (e.g., freedom of religion, conscience, thought, life, etc.). They ensure essential socio-political conditions for achieving Buddhahood. These rights and freedoms are integrally related to human flourishing, spiritual self-development and self-realization.

Human rights are grounded on a Western form of individualism. This concept emphasizes individuals and their status, fostering self-aggrandizement and selfish self-realization. These principles are inimical and alien to Buddhist values. However, human rights are not meant to be tools to transmit and spread individualism. They protect groups as well as individuals. In this sense, one of the most important examples is represented by the phenomenon of Engaged Buddhism in Tibet. Buddhist monks in Tibet use human rights language to protect groups and people, also on an individual-by-individual basis: the protection of individual rights contributes to the protection of the rights of a group.

2. The Privileging of Humanity

According to Buddhism, human beings cannot be rigidly separated from the larger category of sentient beings. The recognition of rights to humans should imply the recognition of rights to other beings. However, in Engaged Buddhism, the use of human rights is not in conflict with the rights of non-human. On the contrary, care, benevolence, compassion for other species, interdependence, compassion and human membership in the category of sentient beings are core values in Engaged Buddhism and could represent a significant contribution of Buddhism to the human rights discourse.

Buddhist ethics is grounded on the idea of duties and responsibilities, not rights. However, as already said, this language implicitly recognize human rights as the other side of the same coin in Dharma. The 14th Dalai Lama Tenzin Gyatso, through his teachings, has progressively developed one of the best reconciliation between the concept of human rights and universal responsibility. Moreover, in modern global, capitalist and fragmented societies, there is an underlying need for using a human rights language in order to bring to speech the moral condition of the victims. The fulfillment of responsibilities cannot be easily guaranteed and the focus on the moral guilt of the malefactors appears less powerful.

Asian culture in general and Buddhist tradition in particular are grounded on a consensual model of society, seeking to avoid conflicts and direct confrontation as much as possible. In these cultures, there is no tradition of adversariality and the individual fits harmoniously into the larger whole. In the Western culture, human rights explicitly require adversariality and they are conceived as instruments of power and empowerment. For these reasons, some Buddhist leaders refuse to embrace them. They underline that Buddhist morality is related to concepts of harmony, unity, cooperation, consensus rather than adversariality, aversion, resentment, fear, division, struggle contention. On the other hand, Engaged Buddhists rely on the use of human rights, conceived as important tools of empowerment, able transfer power from economic, political and social elites to oppressed and marginalized communities.

In conclusion, this ambivalent recording on Buddhism and human rights shows that, while Engaged Buddhism has fully embraced human rights on the field and, in accordance with Buddhist teachings, has used this language to seek justice in several contexts, intellectuals are still divided on the very nature of human rights, since both justifications and concerns can be grounded on Buddhist traditions. However, even Buddhists that criticize the presence of excessive individualism and adversariality in the Western conception of human rights, consider them as “unfortunate necessities” in today’s world.