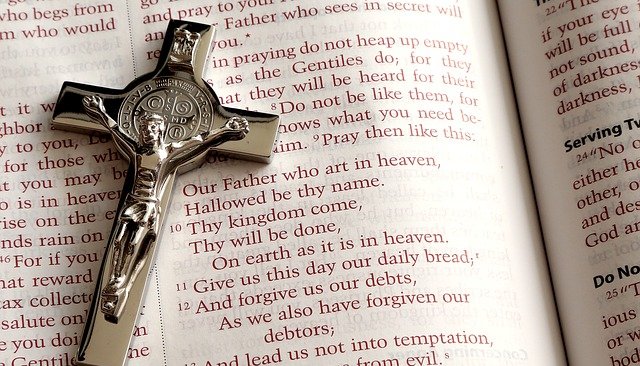 History of the Catholic Political Theology

This first part analyzes and summarizes the most important historical phases of the relationship between the Catholic political theology and human rights, on the basis of the article “The Catholic Church, Human Rights, and Democracy: Convergence and Conflict with the Modern State”  (Carozza & Philpott, 2012). The Catholic political theology (also called Catholic social teaching or doctrine) can be conceived as the set of ideas that Catholic religious bodies hold about legitimate political authority and justice (including international order, peace, democracy, human rights, etc.). It has changed over centuries under the influence of several factors.

Even though the process of convergence between the human rights discourse and the Catholic political theology goes officially back to the Second Vatican Council, it started much earlier on and evolved through both developments and closures. One of the first precursors of the Catholic discourse on human rights was the Spanish theologian and jurist Francisco de Victoria (16th century). In Salamanca, Francisco de Vitoria and his contemporaries tried to build a systematic theoretical foundation for both international law and universal human rights within the Catholic thought. Their doctrines had to be applied also to people coming from other cultures and religions, as in the case of the Spanish encounter with the indigenous peoples of the Americas. The principles developed by the School of Salamanca, early and lucid examples of Catholic human rights discourse, were confirmed by the papal magisterium in multiple instances, despite, in several cases, the persistence of contradictory practices.

However, the new international order, established by the Peace of Westphalia in 1648, was in contrast with the vision of the Catholic Church. This system was indeed based on the sovereignty of the territorial state, in contradiction with the Catholic Church’s traditional teaching that political authority has a divine origin. The contrast between the secular and Catholic traditions dramatically broke out with the Enlightenment, the French Revolution, and the conflict with modern European liberalism in the 19th century. On one hand, although it advanced the “Rights of Man and the Citizen,” the French Revolution directly attacked the authority of the Church, seen as part of the ancient regime, and tried to restrict its role in public life. The Catholic Church had to be conceived as a “private” entity. In the nineteenth and early twentieth centuries, the Revolution’s anticlericalism lived on in liberal republican movements in Europe and Latin America (e.g.: German Chancellor Otto von Bismarck’s Kulturkampf, international socialism, etc.), seeking to truncate the Church’s rights, authority, and influence in civil society, especially in education. On the other hand, fuelling this conflict was the Church’s own continued adherence to a theory of politics that it had developed in the Middle Ages, one holding that at least in countries where Catholics constitute a majority of the population, Catholicism ought to be established as the religion of the realm while other faiths ought to be restricted, not recognizing religious freedom and freedom of expression.

Because of these contrasts and tensions, over the 18th and 19th, the Catholic Church fully rejected the human rights discourse, considered as anti-religious and anti-Catholic. The Church pointed out that the rights theories developed during the Enlightenment were based on secularism, rationalism, materialism, and individualism, denying human beings’ structural dependence on God, social nature and religious dimension. Consistently, the French Declaration of the Rights of Man and of the Citizen (1789) and specific rights were condemned in magisterial pronouncements.

This situation slowly started to change at the end of the 19th century, with the papacy of Leo XIII (1878-1903). He marked the beginning of a new path and a singular development of the Church's teaching in the area of social matters with the publication of the encyclical “Rerum Novarum” in 1891. In the 19th century, the Industrial Revolution had a dramatic social, political and cultural impact and profoundly changed traditional societal structures. It rose serious issues in terms of justice and posed the first great social question: the labour question. In this context, the Church felt the need to become involved and intervene in a new way. Leo clearly affirmed that Man precedes the State and human dignity is the standard for law. Leo XIII clarified the relative rights and mutual duties of the rich and of the poor, of capital and labour and affirmed, as conditions of human dignity, some key social and economic rights. He added that the State also has a special obligation to defend the rights of the poor and the powerless.

Even though by 1948 Catholic teachings on rights were well developed enough to exert an indirect but significant influence on the Universal Declaration of Human Rights, the situation definitely changed only with the Second Vatican Council (1962 - 1965) and with the papacy of Pope John XXIII (1958-1963). The full embracement and development of the principles of democracy and human rights by the Catholic Church occurred in the '1960s. After having experienced the brutalities of the first part of the 20th century, with two World Wars, the rise of Communism, the Cold War and the risk of a nuclear war, the Catholic Church opened the doors to human rights through the encyclical “Pacem in Terris” (1963), written by Pope John XXIII, and the document “Gaudium et Spes” of the Second Vatican Council. Through these documents, the Catholic Church, even while vigilantly stressing differences between Catholic and secular understandings of these ideals, affirmed the centrality of the concept of natural human dignity within the evolving Catholic political theology and endorsed both human rights and democracy strongly and explicitly as the basis for world peace and international order.

John Paul II (1978-2005) coming from Poland - at that time a country ruled by the Communist dictatorship - realized an even fuller integration of human rights, democracy, and international solidarity under the rule of law in the Catholic social teaching. He gave the idea of human rights an unprecedented centrality and breadth in Catholic political theology, expressing the hope that “human rights will become throughout the world a fundamental principle of work for man’s welfare”. In several occasions, John Paul remarked that there are universal human rights, rooted in the nature of the person, rights which reflect the objective and inviolable demands of a universal moral law and described the 1948 Universal Declaration of Human Rights as one of the highest expressions of the human conscience. However, John Paul’s thought on human rights still preserved and heightened a tension on the anthropological foundation of human rights.

The Compendium of the Social Doctrine of the Catholic Church

The Compendium of the Catholic Social Doctrine, published in 2004, tries to systematize the Catholic political theology facing the challenges of the 21st century and it encompasses more than one century of history, from Leo XIII to John Paul II. According to the Compendium, the Catholic political theology on human rights is based on four interrelated principles: human dignity, centrality of the human person, the transformative power of human rights, and the common good.

First of all, the grounding basis for the Catholic political theology on human rights is represented by the concept of natural human dignity. The whole of the Church's social doctrine develops from the principle that affirms the inviolable and sacred dignity of the human person. According to the Catholic Church, the foundation of human dignity is related to the fact all human beings, with no distinction, are created at God's image. Therefore, the fundamental source of human rights is human nature, as created by God. The concept of natural law is inextricably linked with the concepts of human dignity and human rights.

Second, on the basis of the principle of human dignity, the Compendium underlines the importance and centrality of the human person. Men and women, in the concrete circumstances of history, represent the heart and soul of Catholic social thought. The human being is always defined as a “person”, not just as an individual. The term “person” indicates a nature endowed with intelligence and free will: he is therefore a reality that is far superior to that of a subject defined by the needs arising solely from his material dimension. The human person shall be the protagonist, foundation, goal and highest expression of all economic, social, cultural, political life.

Third, the Compendium argues that, in order to effectively protect human dignity and ensure the centrality of the human person in all spheres of human action, it is necessary to protect and promote human rights and foster their transformative power. The movement towards the identification and proclamation of human rights is considered as one of the most significant attempts to respond effectively to the inescapable demands of human dignity. The Church sees in these rights an opportunity that modern times offer for more effectively recognizing human dignity and universally promoting it, as a characteristic inscribed by God in his creature. The Compendium underlines that the advancement of human rights is a crucial responsibility for the Catholic Church in the 21st century and shall be at the heart of her pastoral action to fight unjust societal structures that violate human dignity.

In the 21st century, the papacies of Benedict XVI (2005-2013) and Francis (2013-) have further developed the Catholic political theology on human rights in line with the Catholic tradition and the over mentioned principles. Nevertheless, nowadays, both areas of convergence (civil and political rights; economic, social and cultural rights; protection of the environment; abolition of death penalty, etc.) and deep tension (reproductive rights, bioethics, LGBTI rights,freedom of conscience, foundation of human rights, etc.) between the modern human rights discourse and the Catholic political theology still persist.