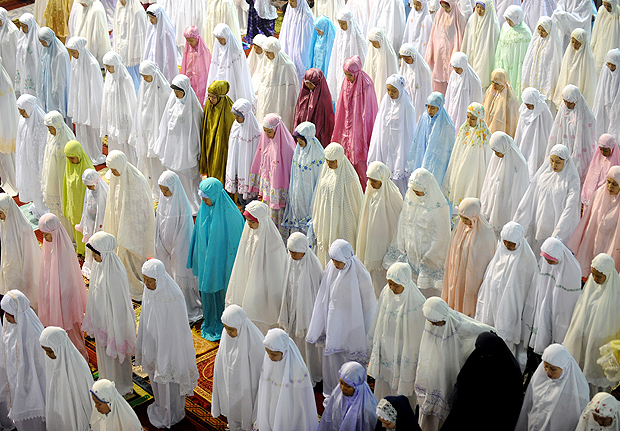 The relationship between Islam and human rights represents a crucial challenge for the contemporary human rights discourse. Current international events have progressively made this issue extremely relevant. In order to better understand the complex relation between the two paradigms, it is necessary to analyze the social, cultural and political context within which this interaction is taking place.

The general background of current debates on Islam and human rights in Muslim countries is represented by the historical tension between the apparatus of secular national legal system, a legacy of the colonial era, and the renewed popular demands for the enforcement of Sharia (the Islamic law) by the state. During the colonial period, Sharia principles were effectively displaced by European legislation due to the imposition of the modern idea of nation state and the enforcement of positive law in all fields of life (except family law). However, over the last decades, symbolically starting from the Iranian Revolution occurred in 1979, several Muslim countries have witnessed an increasing role of Islam in the public sphere. This phenomenon has had deep consequences, influencing several aspects of public, social, cultural and political life. In several countries, there has been an increasing demand for the implementation of Sharia principles as the official law of the state. These events have led to the emergence of the so-called “political Islam”.

This tension points out the problematic core of the relationship between Islam and human rights: the hierarchical relationship between Sharia and human rights. In order to better understand this issue, it is necessary to define Sharia. Sharia is the Islamic canonical law and the religious legal system governing the members of the Islamic faith. The main sources of Sharia are the Quran and the traditions of the Prophet, namely Hadith (opinions) and Sunna (life example). In opposition to human legislation, the Islamic law derives from religious principles. Sharia rules over numerous issues, regulating relationships among individuals and between individuals and God. Historically, adherence to Sharia has served as one of the distinguishing characteristics of the Muslim faith.

However, the Quran contains only about 200 verses (out of almost 6000) directly and specifically addressing social and legal issues. Islamic legal discourse refers to these verses as God's law and incorporates them into legal codes. Therefore, the remainder of Sharia is the result of Islamic jurisprudence, reinterpretation of sacred texts and human efforts to codify norms in practical terms and legislate for cases not specifically dealt with in the Quran, Hadith and Sunna. This process of derivation continued for almost three centuries after the passing away of the Prophet and it differed between the various sects of Islam, in particular between Sunni and Shia, and between the Islamic jurisprudence schools.

Sharia remains a significant and, in some cases, the main source of legislation in several Muslim countries. The role assigned and constitutionally recognized by Muslim countries to Sharia in the hierarchy of the sources of legislation is especially important in relation to human rights. There is a great difference between maintaining that Sharia is the only source of legislation or affirming that it is just one among the others. The differences and contrasts between Sharia and positive law enforced by the state have led to the ongoing debate as to whether Sharia is compatible or not with democracy and human rights.

As already mentioned, even though, in theory, within Islam no one has the authority to reinterpret the original revealed truth, in the first centuries there was a well-established interpretive tradition, able to connect the message of the Prophet with regulatory norms necessary for both public and private life. This work of interpretation of the Quran and the traditions of the Prophet was essential in order to build a bridge between the Word of Allah and the concrete social, economic, political, both public and private, life of the Islamic community.

On the basis of this great process of interpretation, interrupted several centuries ago, the main issues related to the modern human rights discourse are: is it possible to foster the opening of a new phase of interpretation of the Islamic sacred texts in relation to human rights? Who has the authority and legitimacy to reinterpret these teachings? Are the Quran and the teachings of the Prophet irreconcilable with the paradigm of human rights just because Sharia crystallized in a given form, several centuries ago, as a result of human interpretive efforts?

Within this debate, it is possible to identify two main schools of thought representing the opposite poles of the spectrum. One the one hand, the proponents of Islamic theocracies, also called “Islamists”, openly reject the idea of universal human rights as an imperial Western imposition and engage in an apologia for conflicts between Sharia and human rights.

On the other hand, the school of thought called “progressive Islam” mainly encompasses Muslim advocates of international human rights standards. They attempt to develop an Islamic support for human rights through a critical examination of Sharia and they call for independent juridical reasoning and progressive reinterpretation of the Quran and the Sunna of the Prophet in light of the development of the modern human rights paradigm. In this way, they are trying to build an Islamic defense of universal human rights against Islamists’ arguments. The main challenge for progressive Islam is to develop and apply a systematic and effective methodology, a consistent framework of reinterpretation of Sharia, and not only a summary of sacred texts that can be understood in ambiguous ways. This challenge goes back to the original problem of lack of authority and legitimacy in interpreting sacred texts deeply rooted in Islam. The practical challenge is represented by the promotion of such methodology among the Muslim public at large. Between these two poles of the spectrum, there is the vast majority of muslims and Muslim civil society presumably open to being persuaded one way or another.

In conclusion, the relationship between Islam and human rights remains rather complex. While it is important to note that there have been several positive developments thanks to the gradual emergence of “progressive Islam” and the elaboration of human rights documents within the Islamic world, several problematic areas of deep concern, such as religious freedom, women’s human rights, gender equality and religious minorities rights still persist. These problematic issues reflect the major clash between the two main schools of thought within Islam and the basic difficulties related to the elaboration and interpretation of sacred texts and Sharia in relation to positive law and human rights. The Islamic world needs to overcome these challenges in order to continue to foster the process of harmonization and dialogue between the Islamic paradigm and the contemporary human rights discourse.