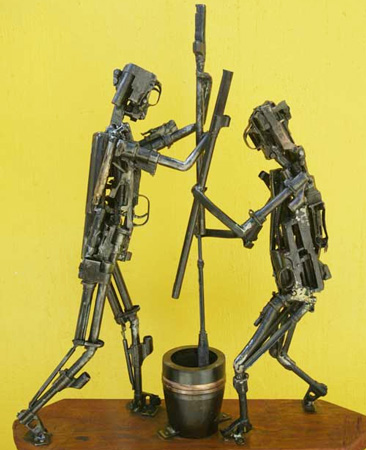 This file provides an overview of the national human rights institutions operating in the Arab League member States, accredited (or not) at the International Coordinating Committee of National Institutions for the Promotion and Protection of Human Rights (ICC: https://nhri.ohchr.org/EN/Pages/default.aspx).

The ICC promotes and strengthens NHRIs in accordance with the United Nations Paris Principles , contained in the General Assembly Resolution 48/134 of 20 December 1993. These principles set also the level of accreditation for the NHRIs as follows:

-        “B” (does not fully comply with the Paris Principles or has not yet submitted sufficient documentation to make that determination);

Today there are well over 100 NHRIs operating around the world, 69 of which are accredited by the ICC as fully compliant with the Paris Principles.

Finally, other countries are discussing projects for the establishment of such institutions. For instance Somalia submitted in May 2013 an amended draft law before the parliament dealing with the creation of an independent national commission for human rights. Also in United Arab Emirates there is an ongoing discussion  on the establishment of a national human rights institution.