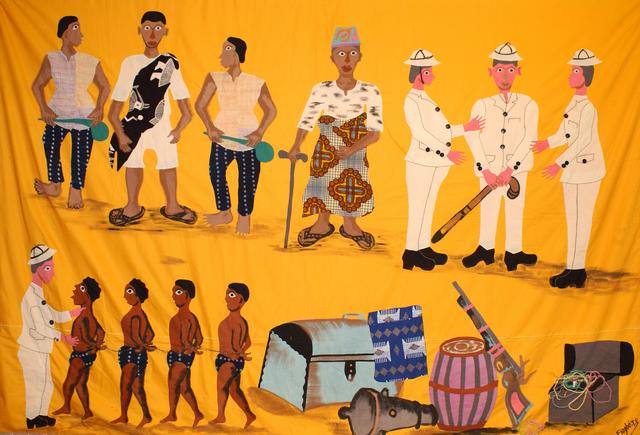 Despite the large mechanization in the agrofuels sector, there are still some activities requiring the intensive human labour: the preparation of the soil before sowing, mostly pulling up roots and cleaning the land. Several investigations, mainly regarding Brazil, have denounced a considerable employment of slave work in sugarcane plantations. This phenomenon has a multi-discriminatory dimension: it is transversal among the poorer sector of population but discriminates on ethnic, race and gender basis. It regards indigenous peoples as well as famers and migrants, mostly men, illiterate, unemployed, without land or with little land, but without resources to cultivate it, that pressured by the lack of jobs and land, have the only chance to employ themselves in plantations even under of overexploitation, forced labour and slavery.

Workers are usually contracted as temporary labourers and they cannot break the bond until the work is not finished, under threat of sanctions that can lead to forms of psychological torture, beating and killings. They are constraint to work long hours a day for a minimum wage, often below legal limits. The accommodations are precarious, overcrowded and lacking of basic services. These circumstances of living and working amount to inhuman conditions. Although workers offer themselves voluntarily, the pre-conditions in which they choose, or better are constraint to choose, and the obligations and limitations imposed after contracting, make this employment a slave-like work. The case of sugar-alcohol industry in Brazil is alarming: in 2007, 5,974 workers were freed by the Special Group for Mobile Inspection.

The international definition of slavery and similar forbidden practices includes the cases of forced or compulsory labour (ILO Convention No. 29 concerning Forced or Compulsory Labour) and the practices and institutions of serfdom and debt bondage (Supplementary Convention on the Abolition of Slavery, the Slave Trade, and Institutions and Practices Similar to Slavery). The Supplementary Convention defines serdom as the condition or status of people bound, by law, custom or agreement, to live and labour on land belonging to another person and to render some determinate services to such other person, whether for reward or not, and is not free to change his status. The debt bondage is defined as the status or condition arising from a pledge by a debtor of his personal services when the value of those services is not applied towards the liquidation of the debt or the length and nature of those services are not respectively limited and defined.

It is common that workers in agrofuels plantations have been recruited from intermediaries through wage advances; workers agree to pay back these advances with their labour, but once at the workplace they find out that the value of their labour is not properly accounted toward the reimbursement of the advance. In other cases, local communities, both small-holder farmers or indigenous peoples, are directly involved in the production: they maintain the property of their lands but they have to reconvert their crops for agro-energy in exchange for the payment of harvest. The prices paid are really low due to the disadvantage that developing countries' economies experience in the global market especially regarding the prices of agricultural commodities. However, they represent an income for such communities. Ideally, this practice could benefit both companies and farmers, but in reality it provokes a growing dependence of people under unfair conditions; the activity they carry on does not allow them to meet their basic need and at the same time deplete natural resources.

Regarding indigenous peoples, the Convention No. 169 states that they should "not be subjected to coercive recruitment systems, including bonded labour and other forms of debt servitude", charging States of the role of monitoring and controlling in the area where they are employed (Art. 20.3 (c) and 20.4). For what concerns labour conditions the Convention also affirms that indigenous peoples should not be subjected to "working conditions hazardous to their health, in particular through exposure to pesticides or other toxic substances." (Art.20.3b) These specific provisions of the Convention No. 169 are due to the special risk for indigenous peoples to be forced to certain conditions, usually by reason of discrimination and racism. In some cases indigenous peoples have accepted to work for agrofuels production. This practice, on one side, has represented a way out from the conflict for land, obtaining to remain in their territories; on the other side, the needs of production has led to new way of living, changes in their traditional activities, and to the progressive loss of cultural and religious practices, with severe consequences on the integrity of their identity.

The problem is that the system is based from the beginning on unfair presumptions: the paternalistic behaviour of States trying to induce the development with industrial production of agrofuels is far from obtaining the outcomes declared. The imposition of oil palm, soy or sugarcane plantations is not a concerted decision, and it is often clear that it is not adequate to local circumstances and needs. The choice of people is not really free, having few means to bargain with powerful corporations. Recognising these unfair conditions, the Special Rapporteur, Oliver De Schutter, has affirmed: "[a]t a minimum, contract farming arrangements should not result in a disproportionate proportion of the value going to the buyer, and all the risks linked to production (as a result of weather-related events or pests, or due to changes in consumer preferences) being shifted to the producer."