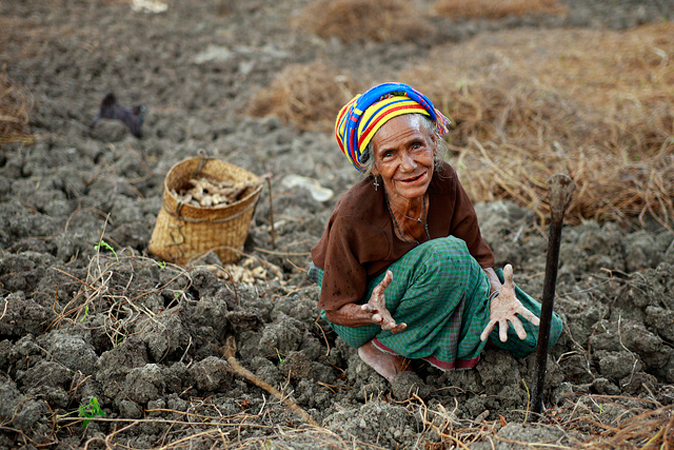 The weaknesses of the sustainability criteria in the RED

The Renewable Energy Directive, adopted in 2009 by the EU, establishes sustainability standards for agrofuels both produced within the EU and imported from third countries. In order to fulfil the target of the RED (10% share of energy from renewable resources in transport), all agrofuels used by the EU Member States should respect the certain criteria, fixed in Article 17 of the RED. Article 17 responds to environmental concerns but it leaves unanswered some criticisms about the social effects of the agrofuels production, at the local and global level. The list of mandatory criteria in Article 17 includes: the level of GHG emission saving to be ensured and the limits to the lands from which raw materials can originate, specifically agrofuels, used within the meaning of the RED, cannot be obtained from primary forests, protected areas, grasslands, wetlands, or peatlands (under certain conditions). Further, Article 17.6 states that agrofuels produced within the Community should also meet the common requirements for agriculture provided by the Council Regulation No. 73 of 2009 which includes provisions for the protection of soil and waters, the conservation of wild birds and the conservation of natural habitats and of wild flora and fauna. Differently agrofuels imported from third countries have to comply only with the criteria of the RED which set up a lower protection framework that gives rise to an unbalanced double standard.

Regarding the criteria of Article 17, some criticisms have been advanced as to their effectiveness to ensure the due environmental protection. The strongest argument concerns the so called indirect land use change (ILUC), an index that takes into account the unintended consequence of releasing more carbon emissions due to land use changes. Calculating ILUC it is crucial for agrofuels to figure out their real efficiency. Agrofuels, in fact, represent a viable alternative to fossil fuels cause they show a better performance in burning in terms of GHG emissions. However, if we consider the entire cycle of production of agrofuels, it results that they can have even a worse performance than fossil fuels. ILUC is fundamental in calculating the real GHG saving threshold.

The RED requires a minimum threshold of GHG emission saving for agrofuels (at least 35% and from 2017 at least 50%) and, in calculating it, the whole production chain is considered. However, the ILUC is not integrated in the calculation, even though scientific studies have demonstrated that the land use change can lead to very significant releases of carbon to the atmosphere. Fargione has noted that the emissions ensued from the indirect land use changes initiated by agrofuels policies around the world may be of such a magnitude that the reductions envisaged under the RED are actually being more than nullified, with global greenhouse gas emissions in fact increasing.

The mandatory criteria of Article 17 focus only on the environmental dimension. However, the agrofuels production does not affect only the environment. Human beings and their fundamental rights are often injured along all the cycle of production by forced evictions, for example, or the growth of food prices.

Some considerations related to the social dimension are mentioned in Article 17 as to the reporting activities of the Commission: “[t]he Commission shall, every two years, report to the European Parliament and the Council on the impact on social sustainability in the Community and in third countries of increased demand for biofuel, on the impact of Community biofuel policy on the availability of food stuffs at affordable prices, in particular for people living in developing countries, and wider development issues.” Even the main ILO Conventions on labour standards are merely matter on which the Commission reports; they, together with other standards referring to the social dimension, are completely missing from the list of mandatory criteria.

The lack of social criteria disregards the concerns coming from the international community about the effects that the production of agrofuels has already caused on the conditions of small farmers, indigenous peoples and, in general, on food security of the poorest people in the world. The so conceived provisions of the RED ignore even the attested consequences of the production of agrofuels in the human rights sphere, leaving a gap of protection against serious violations to the right to food, the right to a safe environment, the right to water and the often forgotten rights of indigenous peoples.

The RED is not limited to establish minimum criteria, they are the only criteria to which States have to conform as to agrofuels: “Member States shall not refuse to take into account, on other sustainability grounds, biofuels and bioliquids obtained in compliance with this Article.” That means that Member States are obliged to apply only the standards established by the RED, accordingly with the aim of “avoiding the imposition of an unreasonable burden on industry.”

These provisions raise some questions on the EU accountability regarding the respect and protection of human rights, inspiring principles of the Treaty of the European Union (TEU) and the Treaty on the Functioning of the European Union (TFEU). What would be the position of the EU in front of the possible victims of human rights violations caused by the production of agrofuels used to meet the objectives of the RED?