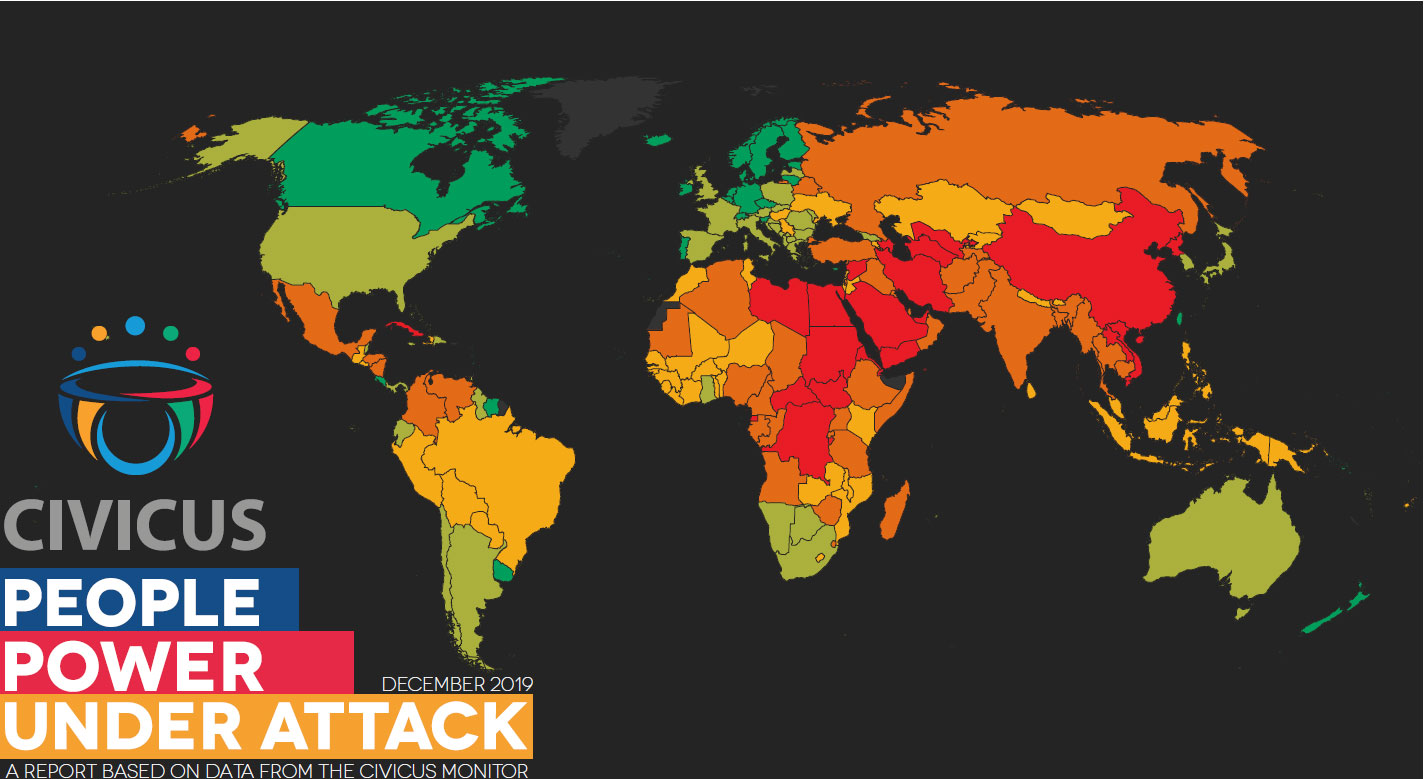 According to a new report released by CIVICUS Monitor, in 2019 twice as many people are living in countries where these civic freedoms are being violated compared to a year ago.

The CIVICUS Monitor is a global research collaboration which brings together civil society experts and organisations from across the globe. It is created by CIVICUS, the global civil society alliance, which constitutes an influential network of organisations at the local, national, regional and international levels, and spans the spectrum of civil society.

The CIVICUS Monitor is also a comprehensive and cutting-edge research tool that tracks conditions of civil society. The interactive world map provides the audience access to the updated information and ratings for civic space in 196 countries and regions. The civic space means, according to the CIVICUS experts, civic space means “a set of universally-accepted rules, which allow people to organise, participate and communicate with each other freely and without hindrance, and in doing so, influence the political and social structures around them”.