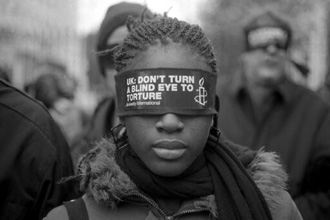 United Nations: UN Subcommittee on prevention of torture announced country visits for 2015 in Guatemala, Italy, Nauru and the Philippines

On 26th November 2014, the UN Subcommittee on prevention of torture (SPT) announced that Guatemala, Italy, Nauru and the Philippines are among the countries it plans to visit in 2015.

The SPT’s role is to prevent and eliminate torture and cruel, inhuman or degrading treatment and punishment of detainees or individuals deprived of their liberty. The body, composed of 25 independent and impartial experts, works with national governments that have ratified the Optional Protocol to the Convention against Torture (OPCAT). To date, 76 States have ratified this Protocol. Italy adopted the ratification law in April 2013.

By ratifying the OPCAT, States Parties have an obligation, inter alia, to establish National Preventive Mechanisms (NPMs). In the Note verbale dated 28 April 2014 to the Subcommittee, Italy stated that the Italian National Preventive Mechanism will be established by the net of local Guarantors, coordinated by the new national Guarantor for the rights of persons detained or deprived of personal liberty.

In addition, next year, after receiving assurances from the Azerbaijani authorities, the SPT is to return to Azerbaijan, in order to conclude the mission which was suspended in September 2014. The SPT will also conduct advisory visits to the Netherlands and Turkey regarding their national preventive mechanisms.

The SPT also plans two follow-up visits to previously visited countries. During a country mission, the SPT delegation visits places of deprivation of liberty. At the end of the visit, the SPT experts communicate their recommendations and observations to the State by means of a confidential report. State parties are encouraged to request that the SPT makes these reports public.

UN Subcommittee on prevention of Torture and other Cruel, Inhuman or Degrading Treatment or Punishment