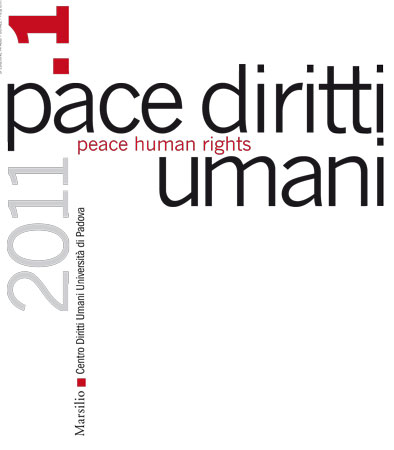 Global Governance and United Nations Reform. Reflexions on the Encyclical Caritas in Veritate of Benedict XVI

Paragraph 67 of the papal encyclical starts by emphasising that there is a strong felt need for the reform of the United Nations Organisation as well as of economic institutions and international finance. This is a politically sensitive part of the document, that relaunches the perpetual issue of a new «political, juridical and economic order» in which the principle of the responsibility to protect should be implemented «to give poor nations and effective voice in shared decision-making». The Pope urges to set up «a true world political authority», the lack of which would put international law at risk of being conditioned by the balance of power among the strongest nations. Hence the Charter and the United Nations should be put at the core of a world order whose architecture would be multi-level, with a supranational authority capable to guarantee human rights and fundamental freedoms and to manage the global economy in the direction of social justice. The vision of world order is endowed with original toughts about subsidiarity, that in turn refers to a sound federalist doctrine. The author of the present essay argues that the reform of the United Nations should be carried out on the assumption that the Charter still keeps full valid, and in the light of strengthening and democratising the Organisation. The UN democratisation should be considered as the independent variable of the overall reform process. It implies that the two-fold articulation of democracy – representativeness and participation – should find room by establishing a UN Parliamentary Assembly as a subsidiary body of the General Assembly in accordance with Article 22 of the Charter, and by reinforcing the present consultive status of NGOs, for instance by giving them a more substantial role, for instance to be expressed in the form of NGOs official «opinions». Another important aspect of the reform should refer to the human rights machinery to be strengthened by conferring more «supranational» powers and more civil society membership. As regards the government of world economy, it shoud be linked to the principle of interdependence and invisibility of all human rights and the present Economic and Social Council should be endowed with no less authority than the Security Council. This implies to grade down the role of the G8, G20, and similar non legitimated gatherings.