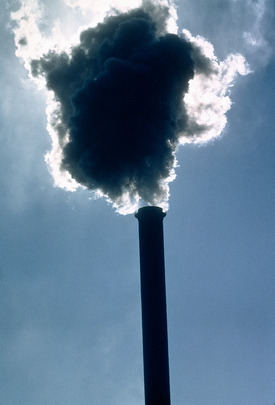 Environmental policy in the United States began as both an offshoot of the popular conservation movement of the early 1900s, but more importantly as an independent response to growing concerns over air and water pollution in the nation’s cities and towns during the 1950s.  Throughout the second half of the twentieth century, the legislation passed by the United States government-almost exclusively focused on local and national issues-became increasingly forceful and complex to correspond with the rapid scientific breakthroughs that revealed the hazards of industrial and personal environmental irresponsibility.

American Meteorological Society, Legislation: a look at US air pollution laws and their amendments

How Environmental Policy is Formulated in the United States

United States’ Environmental Policy is designed and implemented through an extremely complex web of organizations in and among the state and national governments. At the national level, environmental policy jurisdiction extends to several groups within the executive and legislative branches.  The EPA, or Environmental Protection Agency, is the most comprehensive of these with broad authority over the implementation of laws as well as significant importance in the areas of environmental research, development, and education.

At the executive level, however, the EPA shares responsibility with virtually all of the departments, offices, and commissions of the executive branch from the Department of Defence to the White House. The Department of State for example, the unit charged with conducting foreign affairs, is the primary executive entity with authority over international environmental policy.  While it has the sole ability to officially negotiate with foreign actors in bilateral or multilateral meetings, conferences, and conventions, the successful implementation of its policy objectives on the domestic level would ultimately need the full support of the many, more focused, departments. Effectiveness at the executive level, therefore, rests largely on the ability of the White House and the incumbent U.S. President to coordinate the administration’s political strategies.

At the legislative level, issues relating to the EPA are addressed in about two-thirds of standing and sub-committees in both the Senate and the House of Representatives. Going along with the example mentioned in the previous paragraph about international environmental policy, legislative jurisdiction in this area primarily rests in the Senate Committee on Foreign Relations. Again, however, in a situation in which the United States were to commit itself to international environmental regulations, a comprehensive policy reform could only take place if the Senate Committee on Small Business acknowledges that it will not have a harmful effect on small businesses, the Budget and Appropriations Committees weigh in their respective areas, and so on and so forth.

This complex relationship between executive and legislative entities in environmental affairs is duplicated at the state level.  The complex nature of the policy regime has been criticized by some as an inhibitor to efficient, comprehensive environmental policy-making because there is not one organization with broad oversight and authority over the environmental issue as a whole.

DEPARTMENTS WITHIN THE EXECUTIVE AND LEGISLATIVE BRANCHES...(Pin)

How Environmental Policy is Implemented in the United States

Given such institutional difficulties lawmakers face in the enactment and coordination of environmental policy, it is worth noting, however, that once environmental legislation is passed there is quite an effective system in place to implement these goals - a system that has provided for significant progress at both the state and federal levels.

Once the national government has passed a given set of emissions standards, the responsibility for enforcement of these new policies is passed on to both the States and local/regional authorities - who are then expected to draw up their own action plans that, at a very minimum, comply with the new federal standards. Under the supervision and monitoring of EPA and other federal agencies, these State/Regional "Implementation Plans" as they are called, conduct the majority of the "day to day" work necessary to combat the problem of climate change.  Once a given plan is approved by the EPA, so long as the States continue to operate with emissions regulations and standards equal to- or even more rigorous than- those of the federal government, they are largely free to operate independently. Should a state fail to draw up an effective implementation plan and/or fail to enforce its existing one, the EPA and other federal governments will then step in and assume responsibility until state authorities are capable to resume the role. This enforcement regime has proved highly successful in recent years, a statement that is given validity in the success that particular states have met in capping emissions.

The State of California, for example, is one of those cases.  With an estimated population of 37 million people and a GDP of over US$ 1.8 trillion, each respectively equating to roughly 12-13% of the corresponding statistic of the United States in its entirety, effective and specifically formulated environmental legislation has drastically reduced emissions over the last 2 decades.  Today, America's largest state in both economy and population is responsible for only 6.2% of its greenhouse gas emissions.  In 2006, California acted contrary to the policy of the Bush Administration and passed the California Global Warming Solutions Act of 2006 (in legislative records 'AB 32') a plan that put California's emissions reduction targets not only in line with those of the Kyoto Protocol, but exceeding them in putting a plan of action into place that is set to reduce total state-wide emissions to 80% below 1990 levels by 2050. It can be sure that the flexibility of the environmental policy regime can be partially to thank for California's success - as it gave the state a virtual free license to enact policies specific to its socio-economic situation.  For example, approximately 40% of California's overall emissions originate from automobiles and an effective environmental solution thus required stringent legislation in the area of auto-emissions.  Such measures, while they were extremely effective in California, might not have been as effective in states such as Rhode Island or Massachusetts, where the problem rests largely in particulates originating from fixed sources such as factories and power plants.  In those regions, different solutions must be found to find success in different circumstances.

At the regional level, coalitions such as the Great Lakes Western Climate Initiative in the Western United States, Canada, and Mexico, and the Great Lakes Regional Collaboration in the Midwestern regions of the United States and Canada, follow a similar format to bring together agencies at a more localized level to design and implement regional solutions to environmental problems.

In 1990 the United States enacted one of the most significant, comprehensive, and ultimately successful series of environmental legislation in its history; what is known collectively as the Clean Air Act Amendments of 1990.  Divided into several titles, the provisions of the Clean Air Act Amendments aim to successfully consolidate governmental implementation mechanisms and set standards that will provide for effective national air quality standards. The Amendments provide for the following:

Title I: Provisions for Attainment and Maintenance of National Ambient Air QualityStandards

The Library of Congress, THOMAS, Versions of the Clean Air Act Amendments 1990 (S.1630)