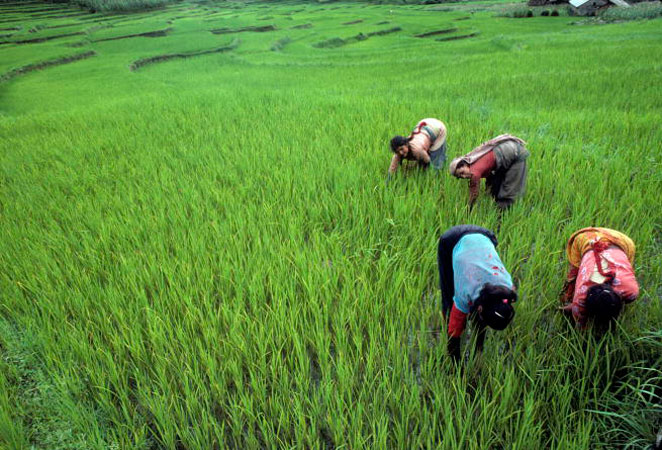 Enforced evictions and illegal expropriations deeply influences the life of indigenous peoples upsetting their traditional way of living: the way to organise the collective life, the way to feed, the religious traditions and rituals; that jeopardizes the unique cultural heritage of which indigenous peoples are bearers and seriously offend their human rights internationally recognised.
In Indonesia 6 millions hectares are under oil palm plantations and expansion plans in 2006 aspired to the creation of the world's largest palm oil plantation in Borneo; West Kalimantan is one of the region mostly involved in the expansion under the Kalimantan Border Oil Palm Mega-Project. The policy of Government ignores customary land rights and indigenous peoples saw their lands alienated from them and given to companies and new settlers. They lost the access to traditional means of subsistence and become indebted farmers working for the companies owners of the plantations.
One of the first obstacles to the enjoyment of the right to lands, territories and natural resources is the uncertainty on land tenure based on the fact that indigenous peoples' property in the most of cases is not yet formally registered under national systems. The growing interest to invest in agrofuels has influenced the land tenure policy, for instance, concerning legislative and administrative measures States should adopt in order to identify, demarcate and give back the ancestral lands to indigenous peoples and thus make the right to land effective. In Brazil the spread of sugarcane and soy crops has postponed the demarcation process of indigenous peoples' traditional lands.
Thus, the agrofuels expansion interferes with the fulfilment of the States' obligation – stemming from the ILO Convention n. 169 – to ensure legislative or administrative measures aimed at the identification of ancestral lands and to their legal recognition in order to guarantee an effective protection of the right of ownership and possession.

On the other side, the lack of an official title over lands cannot be used as a legal argument to deny the correlated right. In fact, the legal title to property is not a pre-condition to the acknowledgment of the right over lands and territories they traditionally possess, occupy or use. The Inter-American jurisprudence is clear on this, affirming that indigenous peoples' right to their ancestral lands and territories pre-exists to the creation of nation States; States recognition is only a further and necessary means of protection, not the legal foundation of that right.

The threat on indigenous peoples is so deep because it may imperil the integrity of their collective identity, and in the worst cases their own existence as distinct peoples. However, the consequences observed as to the land tenure policy affect also small farmers and landholders. The expansion of agrofuels requires more and more land available for producing activities which are a sole prerogative of big land owners or transnational corporations. The land will be further concentrated in the hands of a few owners who have financial resources and are more able to gain or secure access to land, considering the rising land values, while poor and more marginalised groups may see their access to land more and more eroded. People dependent on agriculture are deeply affected and more and more marginalised as to the (already unfair) distribution of lands. In developing countries the situation is very worrying, in particular in Latin American and Caribbean countries where there is the most unequal land distribution system in the world.