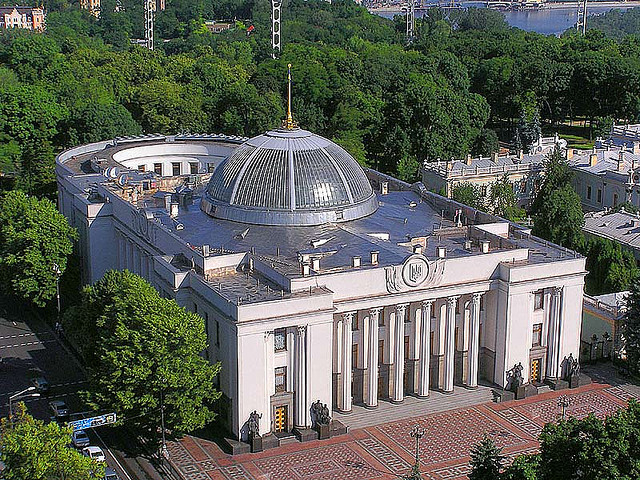 Author: Ella Kapsomun (BA student of Corvinus University of Budapest, Erasmus placement at the Human Rights Centre of the University of Padua)

The Ukrainian Constitution and the law on the Ukrainian Parliamentary Human Rights Commissioner of December 23, 1997 provided for creating a “strong” model of Ombudsman, which is characterized by the following attributes:

The Human Rights Commissioner is a classical example of a Parliamentary Ombudsman, since he/she is elected by Parliament and by secret ballot, which guarantees his/her independence from all branches of Government.

The Commissioner conducts inquiries and investigations on the basis of petitions by Ukrainian citizens, foreigners, stateless persons and their representatives, MPs and of his own volition. Under the Law such petitions should be submitted to the Commissioner within one year from the date the violations of human and citizens’ rights have been detected. For the performance of his legally stipulated functions the Commissioner is vested with a broad range of rights, namely to:

Apart from direct consideration of complaints on human rights violations, the Ukrainian Ombudsman model also provides for monitoring compliance with protection of human and citizens’ rights and freedoms by bodies of state authority and local self-government, NGOs and other institutions that have violated these rights. The results of such monitoring are then presented to the Parliament in annual reports. Notably, the efforts of the Commissioner for Human Rights are focused on yet another important exercise of parliamentary control – higher legal awareness of Ukraine’s population (Item 7, Article 3 of the Law).

The Committee on Human Rights, National Minorities and International Relations is a relevant committee of the Ukrainian Parliament (Verkhovna Rada) established on 25th of December, 2012 (a previous committee was established on 4th of December 2007). It consists of 9 members; the head of the committee is Patskan Valeriy Vasylovi. The Committee carries out the legislative work, prepares and preliminary revises the issues related to the Verkhovna Rada of Ukraine, and performs control functions in the following areas:

The Committee on freedom of expression and information of the Ukrainian Parliament was created on 25th of December 2012. It has 10 deputy members and is chaired by Tomenko Mykola Volodymyrovich. The Committee carries out the legislative work, prepare and preliminary revise the issues related to the Verkhovna Rada of Ukraine, and performs control functions in the following areas:

Ukrainian Ombudsman
Committees of the Verkhovna Rada of Ukraine