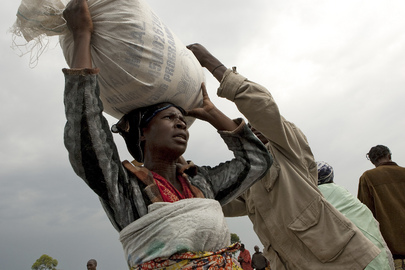 The effects of the production and the use of agrofuels on human rights: the right to food

When the interests for agrofuels widely prevail on food wants, taking off lands from food crops the right to food is affected and in many cases threatened.
Especially in developing countries the 'conversion of foods in agrofuels' determines that people, depending on land for their livelihoods, were cut off from access to land, without suitable alternatives, and in many cases, they were not even able to have access to food because of the lack of resources or their conditions of marginalisation. In 2009, the Advisory Committee of the Human Rights Council recognised the conversion of staple foods into agrofuels, inter alia, as a cause of the current food crisis.
The High Level Conference on World Food Security of the Food and Agriculture Organization (FAO) held in Rome in June 2008 has stressed the challenges of agroenergy on the four dimensions of food security: availability, access, stability and utilization.

The UN Special Rapporteur on the right to food, Jean Ziegler, noted that the current production of products for food is able to feed 12 billion people, but the diversion of cereal crops to agro-energy production decreases the availability of food for human consumption. Thus, the main obstacles to the full and progressive realisation of the right to food it is not due to a lack of food that drives hunger, but rather to political decisions such as the diversion of harvest on agroenergy scope. Jean Ziegler, in the light of the fact that over 854 million people are chronically undernourished, has called for a five year international moratorium on agrofuels.