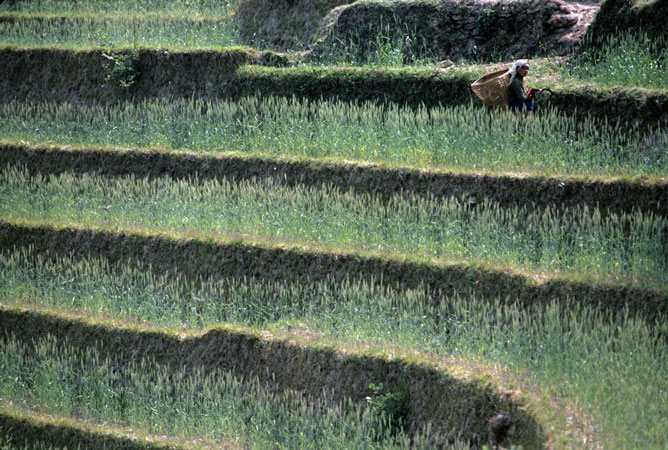 The worldwide production of agrofuels

The energy crisis and the challenges of climate change have forced states to look for other energy sources. The production and the use of agrofuels are one of the strategy states have been adopting to these issues; agrofuels, in fact, appear to have a more efficient performance in terms of greenhouse gas (GHG) emissions. In the last years, these circumstances have determined the growth of the demand for agrofuels that has meant a significant expansion of biomass cultivation for the production of fuels serving in transport and heating. This growth has been supported also by subsidies to the production (tax exemptions or support to particular modes of transport), direct incentives and mandatory targets established by states to support the production.

The biggest producing countries in the world are: United States, Brazil (the first producer of soy for biodiesel), Malaysia and Indonesia (palm oil), China and India. The European countries participate in the global production, but they are rather leaders in manufacturing agrofuels; they partly process oils coming from locally grown crops, partly and more and more increasingly, crude oils imported from other producing countries. They play this role at the international level mainly for two reasons: the unavailability of lands in a sufficient quantity to guarantee a large production in Europe and the fact that the production is cheaper in developing countries.

The immediate effect determined by the growth of the global demand for agrofuels is the higher and higher request of lands to change into agroenergy crops. The projections of the International Energy Agency (IEA) estimated that projected growth of agrofuels to 2030 will require 53 million of hectares of land, equivalent to 3.8% of available arable land. The study of Field and others on biomass energy takes into consideration also the second generation agrofuels and it estimates a possible use of 1,500 million hectares equivalent to the current global farmland by 2050. The availability of land is a hot issue because the arable land is not evenly distributed among the countries of the world and is more and more lacking. Agrofuels production which needs wide extensions of arable lands will obviously increase where these lands are still available. That is why the agrofuels production is concentrated in a few countries, according to the scheme of agricultural commodity production: since EU countries have a limited capacity to obtain further arable lands, the future expansion of agrofuels (aimed at meeting the global demand) is predicted to be in Latin America, in Africa, in Caribbean and in Asia. In these regions the are many differently characterised lands that are considered 'available' or suitable for agrofuels production: the so-called 'marginal', 'idle' or 'under-exploited' lands and natural forests. The first ones are often lands belonging to small farmers and indigenous peoples; nevertheless, their land-related activities (agriculture or hunting or other cultural practices) are not often considered sufficiently meaningful and, for this reason, their lands are expropriated, by all necessary means, without caring about the destroying social and cultural effects on these groups. The second ones, natural forests, are the only alternative where there are no other available lands; logging is used by many governments to obtain further arable lands, with disastrous environmental consequences when it is performed indiscriminately.

In general, the above-mentioned regions present excellent biophysical characteristics for the growing up of agrofuels with higher energy yields per tonne, but they have also another attractiveness which is the lower production price. The expected growth of the agrofuels sector is attractive for many transnational corporations, especially those who are already leaders in the agricultural market. The attractiveness of this sector is not only based on economic reasons, indeed, although the market is recent, mega-profits are ensured by low cost of sale or rent of land, availability of cheap labour, ineffective environmental controls, high demand, support from multilateral and bilateral donors and a short growth cycle. Cargill, Louis Dreyfus, Repsol Abengoa, Archer Daniels Midland (ADM), Brasil Ecodiesel, Bunge, Cosan are the main giant-sized producers in the sector in Latin America. A large-scale production requires the use of large-scale farming modes such as monocultures. Monocropping plantations are, indeed, the mode in which biomass for energy is produced. It is clear that small-scale producers are usually excluded from this production since they are unable to bear the high cost inputs.