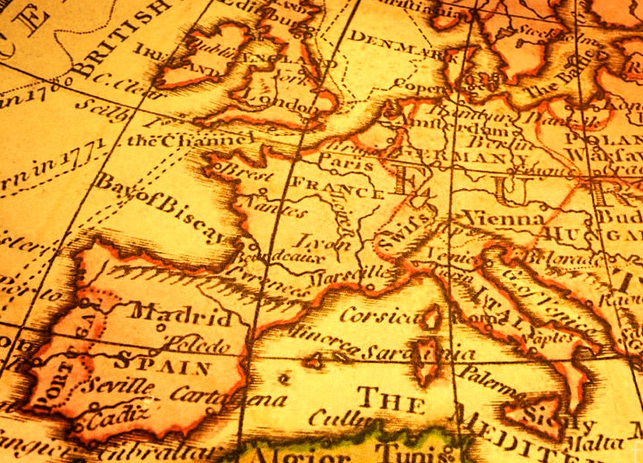 Freedom of thought, conscience and religion is widely regarded by European institutions as one of the foundations of a democratic society. In order to deal with religious rights and liberties, both the Council of Europe and the European Union (EU) have progressively developed sophisticated regional human rights frameworks. Over the last decades, these rights have been gradually integrated, recognized and protected by several regional human rights instruments. The first milestone is represented by the European Convention on Human Rights (1950).

The Council of Europe and the European Union share the same fundamental values (human rights, democracy and the rule of law) but are separate entities which perform different, yet complementary, roles. The Council of Europe is a regional intergovernmental organisation and brings together 47 governments from across Europe to agree minimum legal standards in a wide range of areas, including human rights. It then monitors how well countries apply the standards that they have chosen to sign up to and it provides technical assistance. The European Union is a political and economic union comprising 28 European countries and governing common economic, social, and security policies through a system of supranational institutions and intergovernmental-negotiated decision. One of the EU’s main goals is to promote human rights both internally and around the world.

As for the Council of Europe, the most important instruments including provisions concerning religious rights and freedoms are the European Convention on Human Rights (ECHR) and the Framework Convention for the Protection of National Minorities. The former is a legally document ratified by all 47 State members of the Council of Europe focusing on civil and political rights; the latter is a legally binding multilateral instrument devoted to the protection of minorities. As for the EU, the two most important documents dealing with religious rights are the Charter of Fundamental Rights and the Guidelines on the promotion and protection of freedom of religion or belief. The former is a legally binding instrument on the EU; the latter is a non legally binding policy-oriented document.

The first European human rights instrument dealing with religious rights and freedoms is the European Convention on Human Rights (ECHR), adopted by the Council of Europe in 1950. The ECHR is a legally binding document ratified by 47 State members and it focuses on the protection of civil and political rights. In order to guarantee respect and foster implementation of the ECHR, the Council of Europe set up the European Court of Human Rights in 1959.

Thanks to the ECHR, a special category of religious rights and freedoms started to emerge at the European level. Article 9 of the ECHR deals with “freedom of thought, conscience and religion” and states that:

1. Everyone has the right to freedom of thought, conscience and religion; this right includes freedom to change his religion or belief and freedom, either alone or in community with others and in public or private, to manifest his religion or belief, in worship, teaching, practice and observance.
2. Freedom to manifest one’s religion or beliefs shall be subject only to such limitations as are prescribed by law and are necessary in a democratic society in the interests of public safety, for the protection of public order, health or morals, or for the protection of the rights and freedoms of others.

Article 9.2 states that there may be limitations only on the manifestations of religion and, thus, it implicitly suggests there may be no limitations on individual beliefs, that is, the right to have or not to have beliefs. Therefore, freedom of thought, conscience and religion are absolute: there is no room for interference by the State. This internal realm of beliefs that are absolutely protected from State interference is defined as the “forum internum”, while the external realm of manifesting beliefs, which may be restricted by states is identified as the “forum externum”.

The ECHR has been the subject of specific judicial interpretation due to the extensive jurisprudence of the European Court of Human Rights. The Court has repeatedly underlined the importance of article 9 arguing that freedom of thought, conscience and religion is one of the foundations of a democratic society, within the meaning given by the ECHR. The Court recognizes that article 9 is, in its religious dimension, one of the most vital elements that go to make up the identity of believers and their conception of life, but it is also a precious asset for atheists, agnostics, sceptics and the unconcerned: the pluralism, indissociable from a democratic society, depends on it.

As for State restrictions that target manifestations only, the Court has developed a “three-step analysis”, while, as already mentioned, every State limitation purports to restrict beliefs has to be considered necessarily illegitimate. The limitations clause of Article 9.2 provides that the State may restrict manifestations of religious activity only when each of the following three conditions is met. Limitation must be:

Furthermore, article 14 of the ECHR deals with the “prohibition of discrimination” and states that the enjoyment of the rights and freedoms set forth in the Convention shall be secured without discrimination on specific grounds, including religion.

Another important instrument including provisions concerning religious rights and freedoms is the Framework Convention for the Protection of National Minorities, adopted by the Committee of Ministers of the Council of Europe in 1994. So far, it has been ratified by 39 member States. It is the first legally binding multilateral instrument devoted to the protection of minorities and is still regarded as one of the most comprehensive international standard in the field of minority rights. The Convention contains regulations that guarantee minorities a series of fundamental human rights and freedoms.

On the basis of the special importance of religious rights and liberties for minorities in the European context, it was felt particularly appropriate to give specific attention to these issues through Article 8 of the Convention:

“The Parties undertake to recognize that every person belonging to a national minority has the right to manifest his or her religion or belief and to establish religious institutions, organizations and associations.”

Furthermore, the Framework Convention urges the universal respect for the religious identity of each person belonging to a national minority as well as the creation of appropriate conditions enabling minorities to express, preserve and develop this identity. This implies the right to full and effective equality, the prohibition of discrimination, and the right of persons belonging to national minorities to maintain and develop the essential elements of their identity, namely their religion, language traditions and cultural heritage.

The most important human rights instrument adopted by the European Union is the Charter of Fundamental Rights of the European Union (2000). In December 2009, the Charter became legally binding on the EU due to the entry into force of the Treaty of Lisbon. The EU Charter brings together in a single document the fundamental rights protected in the EU. The Charter contains rights and freedoms under six titles: Dignity, Freedoms, Equality, Solidarity, Citizens' Rights, and Justice.

Article 10 of the EU Charter, contained in Chapter II (Freedoms), deals with freedom of thought, conscience and religion, and states that:

1. Everyone has the right to freedom of thought, conscience and religion. This right includes freedom to change religion or belief and freedom, either alone or in community with others and in public or in private, to manifest religion or belief, in worship, teaching, practice and observance.
2. The right to conscientious objection is recognised, in accordance with the national laws governing the exercise of this right.

The right guaranteed in paragraph 1 corresponds to the right guaranteed in Article 9 of the ECHR and has the same meaning and scope, in accordance with Article 52.3 of the Charter stating that in so far as the Charter contains rights which correspond to rights guaranteed by the ECHR, the meaning and scope of those rights shall be the same as those laid down by the ECHR. Limitations must therefore respect Article 9.2 of the ECHR. Article 10.2 recognizes the right to conscientious objection to military service and has no equivalent in the ECHR but it is increasingly accepted in international human rights law. According to the official explanations of the Charter, Article 10.2 reflects national constitutional traditions and developments in domestic law.

Moreover, the Charter recognize the great importance of the prohibition of discrimination for the effective enjoyment of the right to freedom of thought, conscience and religion. In this respect, Articles 21 and 22 on “Non-discrimination” and “Cultural, religious and linguistic diversity” are extremely relevant.

In order to foster the implementation of religious rights and liberties provided for in the Charter, the European Union adopted the EU Guidelines on the promotion and protection of freedom of religion or belief. This non legally binding and policy-oriented document was prepared by the Working Party on Human rights (COHOM) of the EU and it was adopted by the Foreign Affairs Council in 2013, following broad consultations with specialised civil society organisations, as well as churches, religious associations or communities, and philosophical and non-confessional organisations.

Organisation for Security and Cooperation in Europe

The Organisation for Security and Cooperation in Europe (OSCE) is an intergovernmental regional security organisation composed by 57 States. Even though there are several extra-European countries in its membership, the organisation maintains a regional focus on Europe. One of the most important document adopted by the OSCE on freedom of religion or belief is the Concluding Document of the Vienna Follow-Up Meeting of Representatives of the Participating States of the Conference on Security and Cooperation in Europe, also called the Vienna Concluding Document (1989).

This non binding and policy-oriented document has a significant political value for the Participating States of the Conference on Security and Cooperation in Europe. It extends the religious liberty norms of the United Nations Declaration on the Elimination of All Forms of Intolerance and Discrimination Based on Religion or Belief, especially dealing with religious groups. Principle 16 rounds out the list of enumerated guarantees and identifies specific duties of the participating States. In order to ensure the freedom of the individual to profess and practice religion or belief, the participating States have to take effective measures to prevent and eliminate discrimination against individuals or communities on the grounds of religion or belief and to ensure the effective equality between believers and non-believers; foster a climate of mutual tolerance and respect; grant recognition of the status provided for religious communities; respect the right to autonomy of religious communities; engage in consultations with religious organizations; etc. In this document, religious group rights provisions seem to reflect the international right to self-determination of peoples.

Other relevant instruments related to the protection of religious rights and liberties adopted by the OSCE are the OSCE Helsinki Final Act (1975) and the Concluding Document of the Copenhagen meeting of the conference on the human dimension of the OSCE (1990, principle 9.1).