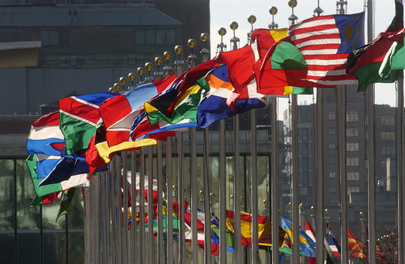 Religion and the Human Rights Machinery

At the United Nations (UN) level, there are two Special Rapporteurs and a treaty body dealing with the promotion and protection of religious rights and freedoms, adopting different approaches and perspectives.

The Special Rapporteur on Minority Issues (until 2015, Independent Expert on minority issues) monitors the implementation of the UN Declaration on National, Ethnic, Religious, Linguistic Minorities (1992). Similarly to the other UN Special Procedures, this independent human rights expert is mandated to report and advise on minority rights issues; undertake country visits; act on individual cases of alleged violations and concerns of a broader, structural nature by sending communications to States; conduct thematic studies and convene expert consultations, contributing to the development of international human rights standards; engage in advocacy and raise public awareness; and provide advice for technical cooperation on minority rights. The Special Rapporteur reports annually to the Human Rights Council and to the General Assembly, including recommendations for effective strategies for the better implementation of the rights of persons belonging to national or ethnic, religious and linguistic minorities.

So far, there have been two Special Rapporteurs on Minority Issue, namely: Gay McDougall (USA, 2005-2011), Rita Izsák-Ndiaye (Hungary, 2011-). The most relevant report concerning the rights of religious minorities was presented by Rita Izsák-Ndiaye at the 68° session of the UN General Assembly in 2013 and it was entitled “Minority rights-based approaches to the protection and promotion of the rights of religious minorities”.

The Human Rights Committee is in charge of the protection of religious rights and liberties included in the legally binding International Covenant on Civil and Political Rights (ICCPR). This UN treaty-body of independent experts monitors the implementation of ICCPR by the 168 State parties. The Committee plays a crucial role in monitoring the implementation of the right to religious freedom or belief (art. 18 of the ICCPR). All States parties are obliged to submit regular reports to the Committee on how the rights are being implemented. The Committee examines each report and addresses its concerns and recommendations to the State party in the form of "concluding observations”.

The Committee also publishes its interpretation of the content of human rights provisions, known as general comments on thematic issues or its methods of work. The Human Rights Committee has elaborated extensive comments on article 18 of the ICCPR in its General Comment n. 22 “The right to freedom of thought, conscience and religion” (48° session, 1993). Further information are included in the file on "Religion and the International Human Rights Standards".

At the European level, the Council of Europe (CoE) has progressively developed several instruments and bodies to better deal with the protection and promotion of religious rights and freedoms.

The 1st Summit of Heads of State and Government of the member States of the Council of Europe, held in Vienna in 1993, established the European Commission against Racism and Intolerance (ECRI). ECRI is entrusted with the task of combating racism, racial discrimination, xenophobia, antisemitism and intolerance in greater Europe from the perspective of the protection of human rights, in the light of the European Convention on Human Rights, its additional protocols and related case-law (Article 1 of ECRI’s Statute).

The ECRI’s objectives are: to review member states’ legislation, policies and other measures to combat racism, racial discrimination, xenophobia, antisemitism and intolerance, and their effectiveness; to propose further action at local, national and European level; to formulate general policy recommendations (GPR) to member states; to study international legal instruments applicable in the matter with a view to their reinforcement where appropriate. ECRI’s main statutory activities are: country monitoring; work on general themes; relations with civil society and specialised bodies.

In particular, as for religious rights and liberties, ECRI GPRs focus on combating intolerance and discrimination against Muslims and islamophobia (no. 5), antisemitism (no. 9) and hate speech (no. 15). ECRI repeatedly underlines the vital role of national specialised bodies in dealing with these issues and, at the social national level, it devotes special attention to the increasing use of racist, antisemitic and xenophobic rhetoric and negative religious stereotyping in political discourse, including by mainstream political parties (themes files).

The Commissioner for Human Rights, an independent and impartial non-judicial institution established in 1999 by the Council of Europe, is mandated to promote awareness of and respect for human rights, including the right to religious freedom or belief (art. 9 of the European Convention on Human Rights), through country visits, dialogue with national authorities and civil society, thematic reporting and advising on human rights systematic implementation and awareness-raising activities, in the 47 Council of Europe member states.

Finnaly, according to the Framework Convention for the Protection of National Minorities, adopted by the Committee of Ministers of the Council of Europe in 1999, States are obliged to submit periodic reports for examination, also dealing with the rights of religious minorities. Ultimate responsibility for examining these reports rests with the Committee of Ministers of the Council of Europe, but an Advisory Committee of 18 independent experts assists the Committee of Ministers. The Advisory Committee evaluates the implementation of the Framework Convention in State Parties and advises the Committee of Ministers. The results of this evaluation consist in detailed country-specific opinions adopted following a monitoring procedure. This procedure involves the examination of State Reports and other sources of information as well as meetings on the spot with governmental interlocutors, national minority representatives and other relevant actors. Given the specific relevance of religious rights, liberties and identity for minorities in Europe, the Advisory Committee gives special attention to religious issues by monitoring the implementation of article 8 of the Convention, that lays down detailed rules for the protection of freedom of religion.

The European Union (EU) is grounded on key common values embedded in its founding treaties: human dignity, freedom, democracy, equality, the rule of law and respect for human rights. Therefore, according to the treaties, the promotion and protection of human rights, including the right to freedom of religion or belief, lie at the heart of EU both internal and external action.

As for the internal action, fundamental rights are guaranteed nationally by the constitutions of individual countries and at EU level by the EU Charter of Fundamental Rights (adopted in 2000 and binding on EU countries since 2009). Therefore, all EU institutions – the Commission, Parliament and Council – have a role to play in protecting human rights. In this task, they are supported by the European Union Agency for Fundamental Rights (FRA). FRA was set up to provide expert advice to the institutions of the EU and the Member States on the protection of fundamental rights of people living in the EU, including the right to freedom of religion or belief.

As for the external action, the EU is grounded on a commitment to promoting and protecting human rights, democracy and the rule of law worldwide. Human rights should be at the heart of EU external policy and relations with other countries and regions. In this regard, the European External Action Service (EEAS), the European Union's diplomatic service, has to play a role and help the EU's foreign affairs chief – the High Representative for Foreign Affairs and Security Policy – carry out the Union's Common Foreign and Security Policy.

In particular, the EEAS should act on religious rights and liberties in accordance with the EU Guidelines on the promotion and protection of freedom of religion or belief, adopted by the Foreign Affairs Council in June 2013. In these Guidelines, the EU reaffirms its determination to defend freedom of religion or belief as an individual right to be exercised by everyone everywhere, based on the principles of equality, non-discrimination and universality and to combat religious intolerance. Moreover, through the European Instrument for Democracy and Human Rights (EIDHR, Regulation for 2014 to 2020), the EU aims to finance civil society organisations active in this field and includes freedom of religion or belief as a priority issue.

Organisation for Security and Cooperation in Europe

The Organisation for Security and Cooperation in Europe (OSCE) is an intergovernmental regional security organisation composed by 57 States. All OSCE participating States have agreed that lasting security cannot be achieved without respect for human rights and functioning democratic institutions. Therefore, they have committed themselves to a catalogue of human rights and democracy norms. These form the theoretical basis of what the OSCE calls the “human dimension” of security.

The OSCE devotes special attention to human rights issues. The Office for Democratic Institutions and Human Rights (ODIHR), established in 1991 is active throughout Europe, the Caucasus, Central Asia and North America and aims to promote democratic elections, respect for human rights, tolerance and non-discrimination, and the rule of law. In particular, ODIHR’s work in the area of freedom of religion or belief focuses on assisting participating States, religious or belief communities, and civil society in protecting and promoting the right to freedom of religion or belief. ODIHR also works on preventing and responding to intolerance and discrimination based on religious grounds.

ODIHR is assisted in its work by the 12-member Advisory Panel of Experts on Freedom of Religion or Belief, which consists of independent experts from throughout the OSCE region. ODIHR makes the Panel's expertise available to participating States, OSCE field operations and non-governmental organisations.

In the area of freedom of religion or belief, ODIHR undertakes a number of activities, including:

Furthermore, the OSCE High Commissioner on National Minorities plays a role in the protection and promotion of minority rights, including religious minority rights, within the OSCE area. The institution was established at the Summit of the Conference for Security and Cooperation in Europe, held in Helsinki in 1992.

The High Commissioner gets involved in a situation if, in his/her judgement, there are tensions involving national minorities (linguistic, ethnic, cultural or religious minorities) which could develop into a conflict. Therefore, the institution is an instrument of conflict prevention at the earliest possible stage. Much of the day-to-day work is in identifying and addressing causes of ethnic tensions and conflicts. The High Commissioner addresses the short-term triggers of inter-ethnic tension or conflict and long-term structural concerns containing and de-escalating tensions involving national minorities, including religious minorities, and alerting the Organisation to risks by providing early warning and early action where a situation has the potential to turn into a conflict.

Moreover, if a participating State is not meeting its political commitments or international norms, the High Commissioner will assist by providing analyses and recommendations. Based on experience, the Commissioner publishes thematic Recommendations and Guidelines that give advice on common challenges and best practice. The High Commissioner also provides structural support through small collaborative projects that aim to achieve sustainability through increasing local ownership. The current High Commissioner on National Minorities is Ms. Astrid Thors, from Finland.