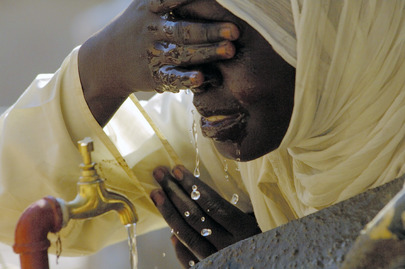 The effects of the production and the use of agrofuels on human rights: the indigenous peoples’ right to natural resources

The indigenous peoples' right to own and possess their territories extends to natural resources. The ILO Convention No. 169 specifies that the term 'land' used in Article 14 of the Convention is to be understood including the broader concept of territory which covers the total environment of the areas which the peoples concerned occupy or otherwise use. According to the Convention, natural resources pertaining to indigenous lands are worthy to special protection which implies the right to participate in the use, management and conservation of these resources. It follows that States' obligation to provide penalties for unauthorized intrusion upon or use of indigenous lands should apply also to natural resources.
Article 26 of the United Nations Declaration on the rights of indigenous peoples, in declaring the right to property also on natural resources, includes also references to the special importance that water has for indigenous peoples not only to secure their survival, but also to freely express and maintain element of their cultures and spirituality. Article 25 recognises a "distinct spiritual relationship" between indigenous peoples and "their traditionally owned or otherwise occupied and used lands, territories, waters and coastal seas and other resources", regarding which it raises a right to maintain and strengthen their distinctive character and to uphold their responsibilities to future generations in this regard. The UNDRIP further states "...the right to the conservation and protection of the environment and the productive capacity of their lands or territories and resources..." (Art.29)

The inter-American Court of Human Rights in the case concerning the Saramaka People affirmed the direct right of indigenous peoples to natural resources which they have traditionally used and are necessary to their survival, development, and continuity of their way of living, among which there is, for instance, the access to clean natural water.

The Committee on Economic Social and Cultural Rights, in its General Comment on the Right to Water, mentions the indigenous peoples as one of the group especially vulnerable to abuses on the right to water. Depletion and pollution of water sources have often limited the ability of indigenous peoples to enjoy of natural resources they traditionally used for different scopes. Firstly, the impossibility to have access to water may interfere with their traditional activities like farming and fishing, or water supplying for human and domestic uses; the imposed changes of their traditional activities affect the integrity of their culture and certain aspects of spirituality, since water is often connected to religion and represents an essential element of holy rituals.