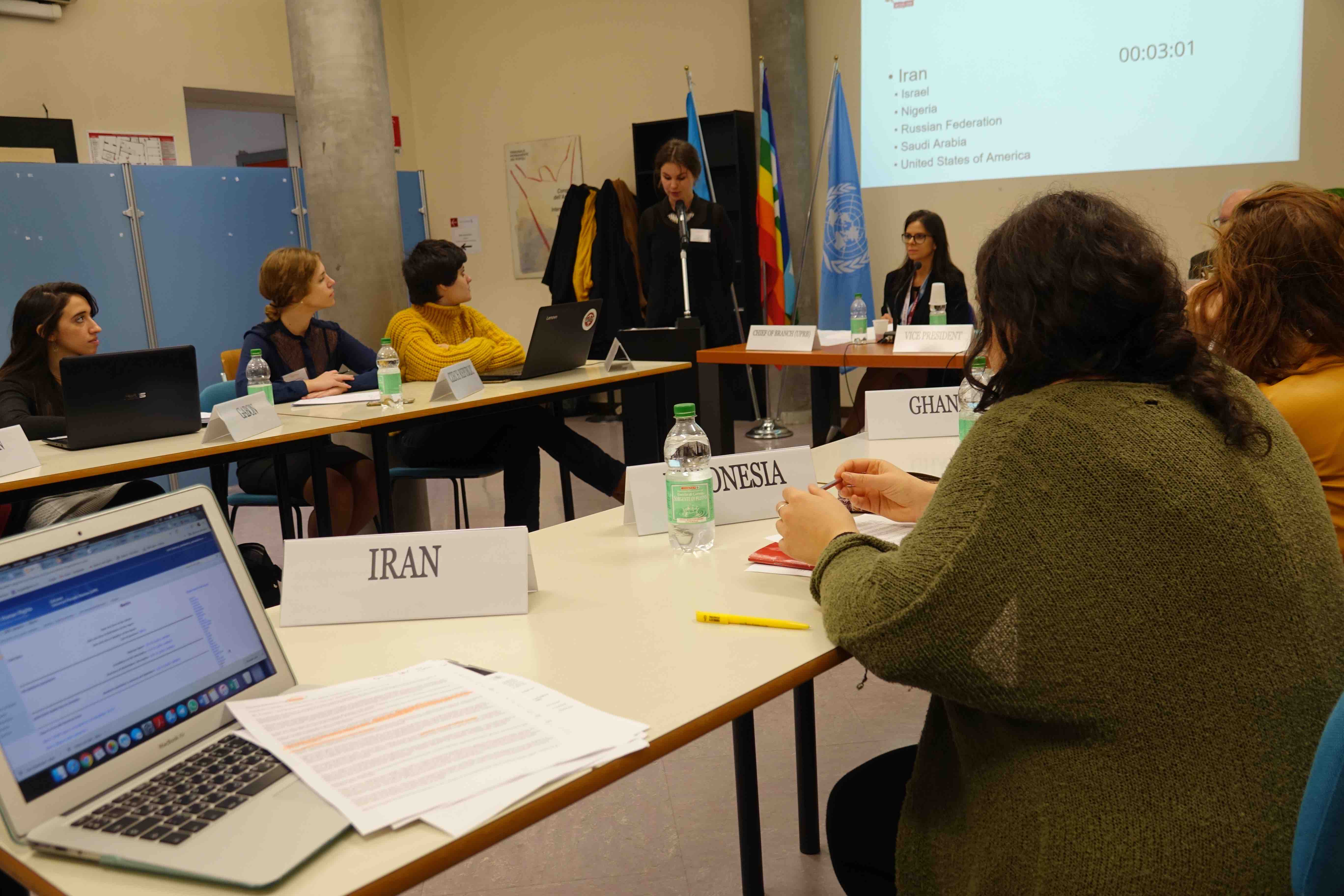 On the 6th and 7th of December 2018, the Human Rights Centre of the University of Padova have hosted the first Model United Nations (MUN) on human rights simulating the Universal Periodic Review working group.
The MUN simulations are widespread academic projects in which well-prepared students try to replicate the diplomatic activities that take place within the UN bodies and other international organizations.

The Universal Periodic Review (UPR) is one of the most complex procedures of the UN human rights system. It is a mechanism based on dialogue and cooperation in which UN Member States make recommendations to their peers: any country can address recommendations to the States under Review, which can either support or note those received and must implement those accepted. The aim of this procedure is to evaluate UN Member States' actions and performances in the field of human rights and encourage them to improve their human rights situations in their country.

Few days before the 70th anniversary of the Universal Declaration of Human Rights (UDHR), around thirty students of the Master's degree in Human Rights and Multi-level Governance have participated in the simulation of a UPR working group. They worked under the guidance of an honoured guest, Ms. Viera Pejchal, human rights officer at the UPR branch of the Office of the High Commissioner for Human Rights (OHCHR).
The Model UPR marked the conclusion of the International Law of Human Rights course, taught by Professor De Stefani. The training preceding the simulation was provided by students and graduates of the master's degree, some of whom recently did internships in Geneva-based UN bodies, which allowed them to gain a first-hand experience of how the UPR procedure works in reality.

The very positive outcome of the first edition of the Model UPR was certainly an incentive to propose again the initiative this year, also involving students from other universities in Italy and abroad.
The Model UPR that has taken place in Padova is indeed the very first simulation focusing on the UPR mechanism. This is also one of the reasons why the project has been praised by the OHCHR, which has immediately showed its interest for this initiative.
In Spring 2019, some of the most outstanding students that have participated in the Model UPR will be given the possibility to take part in the study trip to Geneva, organised on a yearly basis by the University of Padova together with its Human Rights Centre. This will enable them to attend the May session of the "real" UPR. Other participants will be present, instead, at the Review of Italy, to be held in October-November 2019.