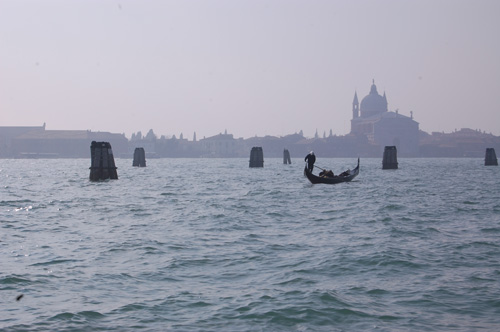 Council of Europe: new Office on intercultural dialogue to open in Venice

The Committee of Ministers of the Council of Europe (CoE), represented by the 47 Member States' Ministers of Foreign Affairs, has officially accredited the new office of the CoE in Venice. On the 1st June the Vice Secretary General, Maud de Boer Buquicchio, signed a Memorandum of understanding with the Mayor of Venice, Giorgio Orsoni, that ratifies the assignment of some offices of the Procuratie Vecchie, in San Marco square, to the Pan-European organisation.

Venice, hosting this new office of the Council of Europe, will be even more linked to the Strasbourg institution whose aim is the protection of human rights, democracy and the rule of law. The initiative of the Municipality of Venice aims to consolidate the already existing relationship with the Council of Europe, committed in this moment to its most important mission: promoting intercultural dialogue, to make it possible that Europe lives harmoniously together with immigration, whose contribution has become fundamental for the growth of our society. Venice has benne a precursor regarding this problem for its historical and far-seeing openness towards other peoples who were partners in commercial and cultural exchanges.

The Office is the second initiative of the Council of Europe. For more than 20 years, indeed, the Commission for Democracy through Law – which has assisted Eastern countries in becoming democratic after the fall of the Berlin wall – meets four times a year in plenary session at the Scuola Grande of San Giovanni Evangelista, that is why the Commission is also known as the Commission of Venice.