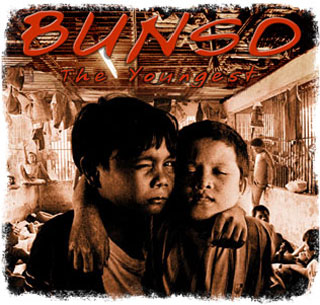 Human Rights in the Philippines: Imprisonment of Young People and the Nonviolent Struggle for Land

On 15 October 2009, The University of Padua's Interdepartmental Centre of Research and Services on the Rights of the Person and of Peoples is hosting a day dedicated to the theme "Human Rights in the Philippines: Imprisonment of Young People and the Nonviolent Struggle for Land."

At 20.30 the film-documentary Bunso (The Youngest) will be projected in the Teatro Ruzante in Riviera Tito Livio, 45. The film, produced in 2005 in the local cebuano language with english subtitles, documents-through the story of three boys-the life of thousands of other children who have been given custodial prison sentences and forced to survive in the inhumane conditions of overcrowded jail cells full of both other children and adult prisoners. It will be followed by a brief discussion on the status of human rights in the Philippines with Aison Alejandro Sy Garcia of the Manila University Athenaeum and member of SALIGAN - a center of legal counsel for the nations rural population, and with Ditsi Carolina, producer of the film and winner of numerous international awards for her documentative work.
In the morning from 10:00 to 13:00 at the Human Rights Centre in Via Martiri della Libertà 2, a special study seminar will be offered to university students that will discuss the question of agrarian reform in the country. The film-documentary Lupang Hinarang (The Forgotten Land) will also be shown. The documentary follows the nonviolent struggle that the farmers of Sumilao began in 2007 in an effort to obtain a fair allocation of land, as prescribed by the country's agrarian reform laws. After the preview, Aison Alejandro Sy Garcia will speak on the theme "Agrarian Reform and Human Rights in the Philippines," and will be followed by Ditsy Coralino with her thoughts on "Documentary-ing as a Tool for Human Rights Advocacy."