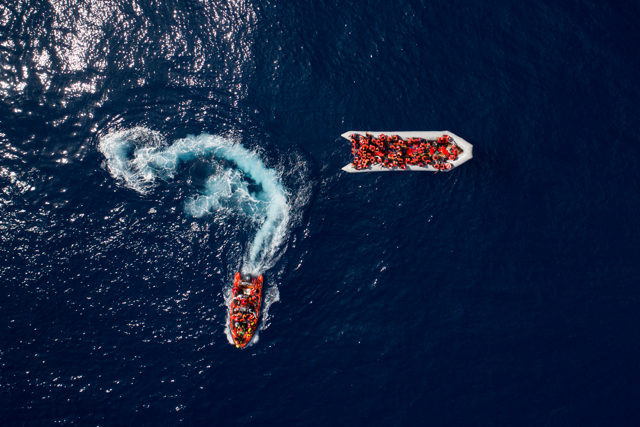 UNHCR, the UN Refugee Agency, is concerned about the Italian Parliament’s decision of 5th August 2019, to convert into law a security decree that imposes more severe penalties on boats and people conducting search and research operations in the Mediterranean.

Under changes approved by Parliament, fines for private vessels that undertake rescue of persons and do not respect the ban on entry into territorial waters have risen to a maximum of €1 million. In addition, vessels will now be automatically impounded.

UNHCR reiterates its concern that imposing financial or other penalties on shipmasters could deter or impede sea rescue activities by private vessels at a time when European states have largely withdrawn from rescue efforts in the Central Mediterranean. NGOs play an invaluable role in saving the lives of refugees and migrants attempting the dangerous sea crossing to Europe. The commitment and humanity that motivates their activities should not be criminalised or stigmatised.

Likewise, NGO and commercial vessels must not be requested to transfer rescued people to the Libyan Coast Guard, or directed to disembark them in Libya. The extremely volatile security situation, ongoing conflict, widespread reports of human rights violations and routine use of arbitrary detention for people disembarked back to Libya underline the fact that it is not a viable place of safety.

UNHCR calls on States to build on recent discussions in Paris to establish a temporary, predictable arrangement for disembarking people after they have been rescued at sea, characterised by shared responsibility amongst States for hosting and responding to specific needs. These talks were encouraging and should progress further in the interests of all.