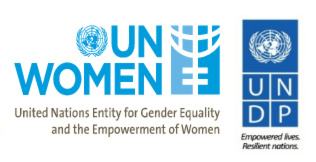 On the occasion of the 20th anniversary of the landmark Resolution 1325, which set a new framework for the equal participation and full involvement of women in all efforts for the maintenance and promotion of peace and security. the United Nations presented a new report on Women Peace and Security.

The report investigated the progress, challenges and emerging issues of the Women and peace and security agenda in 2020. According to the report, women’s inclusion in peace and political power has been, in general, significantly increased in some sectors, however, there is still a dramatic underrepresentation in several sectors such as the peace processes, negotiations, conflict mediation and military.

The representation of women in national parliaments increased from 13.1 per cent in 2000 to 24.9 per cent in 2020. Between 1992 and 2019, women constituted on average 13 percent of negotiators and as at May 2020, 5.4 percent of United Nations military personnel and 15.1 percent of police personnel were women. As at July 2020, 85 United Nations Member States had translated the women, peace and security agenda into national action plans – an increase from 53 in 2015 and 19 in 2010 – but only 24 per cent included a budget for the implementation of those plans at the time of adoption.

Another important issue covered in the report was the commitment of women to building and maintaining peace in countries affected by conflict during the COVID-19 pandemic. In such countries, women’s representation in COVID-19 task forces stands at a low 18 per cent.

The full report of the United Nations is available at the following link and below.