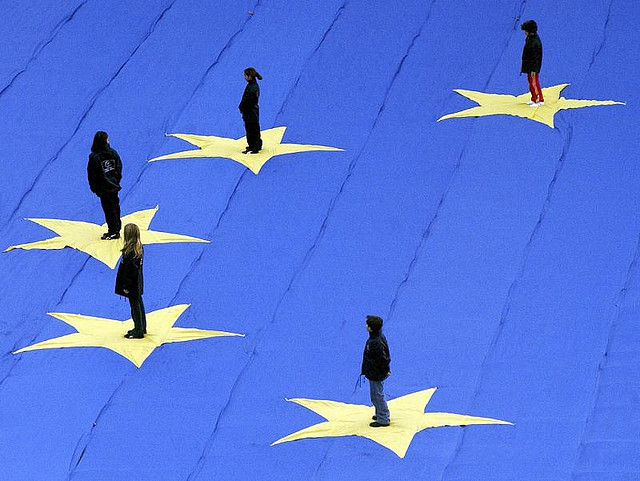 The EU’s role in promoting the production and the use of agrofuels: the 2009 Renewable Energy Directive

Since 2001, the EU has started to take a serious interest in agrofuels and, in the last ten years, it has become one of the major world actors which have significantly contributed to the development of the agrofuels sector (production, trade and use). Thenceforth, the EU's policy on agrofuels plays a strategic role since the EU uses it to address, at the same time, different issues.

The EU policy on agrofuels rapidly evolved in the last ten years. The so called Biofuels Directive has been adopted in 2003 establishing a general and common target as to agrofuels of 5.75% share of the petrol and diesel market by 2010. In order to encourage this result, the EU decided for tax exemptions or a reduced rate of taxation on agrofuels. Between 2004 and 2005 the rate of agrofuels use doubled and extended from 9 to 21 of Member States. At the same time the reform of Agricultural Policy, breaking the link between payments made to farmers and the particular crops they produce, allowed farmers to take advantage from this new market.

The global market of agrofuels is prominently influenced by the EU policy which creates a safe market for the outputs that would likely not exist if only private sector signals were taken into account.

However, the outcomes within the EU were not those wished because they reached only 1% of the market and in a very uneven way between different Member States, probably due to the lack of mandatory targets. For this reason, the EU started to work on a new directive amending that of 2003 and fixing a more strict framework for the promotion of agrofuels: the so called Renewable Energy Directive (RED) has been adopted on April 2009 by the European Parliament and the Council.

The RED introduces new mandatory targets on renewable energy use that all Member States have to reach by 2020: a general target equivalent to 20% in the EU energy consumption and a more specific target of 10% share of energy from renewable resources in transport, that means from agrofuels, since other technologies cannot be available in the short term. Further, the RED establishes that subsidies and fiscal exemptions shall be adopted through 'national support schemes' in order to sustain production easing the costs of production and marketing.

Additionally, as the EU internal production capacity is not able to meet the increased demand of agrofuels, States need to use a large amount of agrofuels imported (as feedstock or semi-processed products) from third producing countries. The RED explicitly encourages States to fulfil their mandatory targets by "a desirable combination of domestic production and imported feedstock" and to this scope the Commission will endeavour to develop international and bilateral trade agreements.

However, the EU position is not untroubled since while the EU was in the process of elaborating measures supporting and encouraging the production and the use of agrofuels, many voices from the international community (including EU's bodies such as the European Economic and Social Committee (EESC), in its opinion on the Draft Directive) pointed to the wide negative effects of agrofuels on environment and human rights. The evidences collected from all around the world by many associations, NGOs and specialised agencies on the effects of agrofuels lead the UN Special Rapporteur on the right to food, Jean Ziegler, in 2007, to call upon States to adopt a moratorium on agrofuels.

In order to appease the contradictory opinions raised during the decision-making process, and following the indications of the Biofuels Progress Report of the Commission in 2006 and the Presidency Conclusions of the European Council of March and June 2008, the RED establishes that: "[b]iofuel production should be sustainable. Biofuels used for compliance with the targets laid down in this Directive, and those that benefit from national support schemes, should therefore be required to fulfil sustainability criteria". These criteria are listed in Article 17 and apply to agrofuels either produced within the EU or abroad.

However, Article 17 and its criteria give rise to doubts on their accountability from a human rights perspective, since the mandatory criteria concern only some of the environmental aspects relating to the agrofuels production, laying aside the main human rights issues that the production of agrofuels arises, especially in developing countries.

The compulsoriness of those standards risks to be a downward trend in contradiction with other policies, developed by EU in line with the funding principles, which consider the protection and promotion of human rights, democracy and sustainable development a priority.