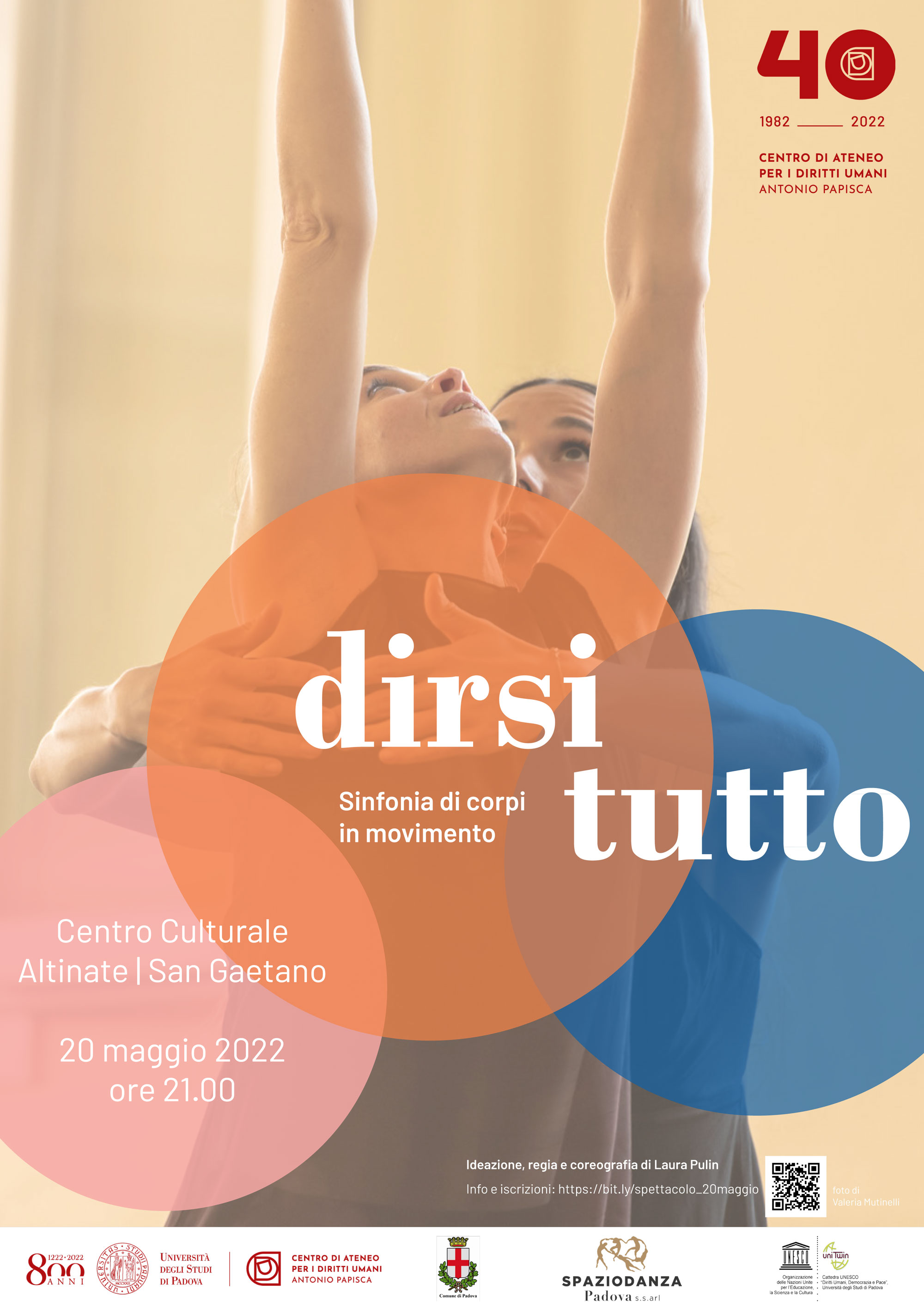 This event, organized in partnership with the Municipality of Padova, is part of the initiatives to commemorate the 40th anniversary of the Human Rights Centre of the University of Padova, founded by Professor Antonio Papisca in 1982.

Free admission, upon reservation using the attached form, until full capacity is reached

The great ideals of freedom, peace and solidarity are on everyone's lips today. As is the growing awareness of the need to defend human rights. But the difference between abstract concepts and reality lies in the concrete emotions we feel, in our lived lives.

Dirsi tutto - Sinfonia di corpi in movimento has this purpose: to transform the broadest ideals into an engaging performance, capable of conveying its message directly, without veils, to the hearts and minds of the audience. To make bodies and movements, musical sounds and human voices translate into emotion, participation and moral stance. Not with the intention of embellishing or ennobling reality, but to reveal it to us all, awakening us from the spell of repetition, habit, everyday conformity. Because all rights are based on freedom, and freedom on courage, and courage on faith in the possibility of improving the world, representing it in its most engaging and evocative forms.