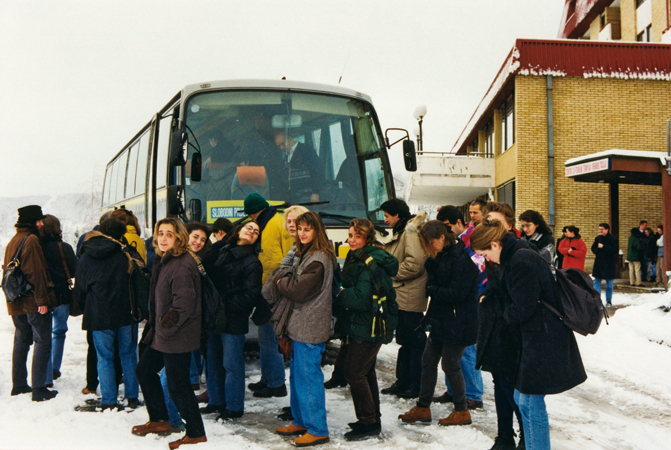 (These excerpts are taken from the book "European Master's Degree in Human Rights and Democratisation. Six years of E.MA activities and beyond", which can be found in the attachments at the bottom of the page)

In late 1996, when Daniela Napoli, Head of the Unit on Human Rights and Democratisation of the European Commission, came to Padua, at the University Human Rights Centre (founded in 1982), to exchange ideas on possible initiatives for human rights education at post-graduate level, we imagined a (infra) structural investment in the form of a "European Master".

We were approaching the 50th anniversary of the Universal Declaration of Human Rights and we wanted to mark the celebration with an initiative that could last in the long term by preparing new generations of young people with "the mind of human rights". We wanted to combine this circumstance with the "constitutional" content of Article 6 of the Amsterdam Treaty, thus providing it a first concrete implementation in the very way that the incipit of the Universal Declaration indicates as the primary and most effective guarantee of human rights: "every individual and every organ of society, keeping this Declaration constantly in mind, shall strive by teaching and education to promote respect for these rights and freedoms". In this nascent phase, the ambitious idea was shared by another founding-mother, Julia Gonzales, now Pro-Rector of the University of Deusto. Marco Mascia, now a Jean Monnet Chair on European Integration at the University of Padua, was fully involved in shaping the overall strategy and since the establishment of the E.MA took over the burden of daily assisting the Director of the Programme from the inside of the Rectorate of the co-ordinating university: how formidable, and totally free, has been his work!

Then we launched a call, in the framework of Socrates, with very short deadlines. Several prestigious Universities of EU countries promptly replied and a first plenary meeting was convened in Venice in March 1997, in the basement of Palazzo Ducale. What happened in that occasion was an exploratory exchange, marked by curiosity and caution, but also by good will: the idea of a "European Master" was unanimously accepted. Horst Fisher successfully advocated for addressing, as a prior item, the organisational scheme. This was agreed in general terms at the end of the meeting convened in Deusto-Bilbao in May 1997: Julia Gonzales played there a major role. Two months later the E.MA architecture was finalised in Venice during the "Seminar for Trainers on Human Rights and Democratisation" (18-26 July 1997). In that week, hard and innovative work was carried out at Villa Herriot (Giudecca Island) and in the monumental venue of Salesiani on the Island of San Giorgio. All participants shared the deep awareness that we were creating something really new. The Venice Charter, containing the (very detailed) Rules of the European Master Degree in Human Rights and Democratisation, was solemnly endorsed on July 25th, under the effective chairmanship of Markku Suksi. We unanimously  decided to locate in Venice the E.MA activities. We relied on the promise of generous hospitality that was formally expressed by the Venice Mayor, the well-known philosopher Massimo Cacciari.

Then, enthusiasm, commitment, and so much hope! In a very short time the overall E.MA Project was finalised. If we consider the sophisticate complexity of the architectural design and the magnitude of its membership, we could even talk of a "structural miracle" that advanced the most ambitious goals of the then nascent Bologna Process.