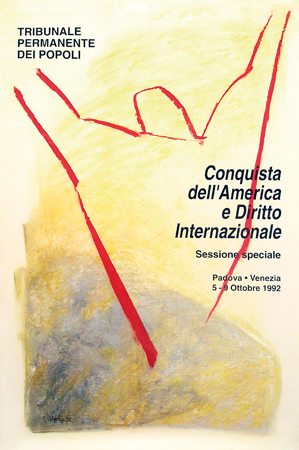 Programmes, information and attachments about this section are available in Italian. By accessing the Italian page of Conferences organised from 1991 to 2000, you are leaving the English version of the website

The Organized Criminality. Dimension and Local Responses
University of Padova, 21st May 1996

Cycle of Seminars. The Local, Regional, and National Institutions for Human Rights, the Democratic Participation and the Transparency.
(February 1995-January 1996)

Cycle of seminars on the theme: “The Experience of the Ombudsman in the Italian Regions and Local Authorities.”
(March-May 1994)

The International University of Peoples’ Institutions for Peace (IUPIP)
(1993)

Cycle of Training Seminars in support of the course at the Post-Graduate School of Institutions and Techniques for the Protection of Human Rights
Padua, April-June 1993

Cycle of Study and Seminars: “The Evolution of the Experience of the Ombudsman in Italy”
Padua, March-May 1993

Session of the Permanent Peoples' Tribunal. The Conquest of America and International Law
Padua-Venice, 5th-9th October 1992

Values, and Ends of the University of the New Statute
University of Padova, Palazzo del Bo, Room “E”, 20th May 1992

The Judicial Error: Prevention and Remedies
University of Padova, Study and Training Centre on the rights of the person and peoples, 7th March, 1992