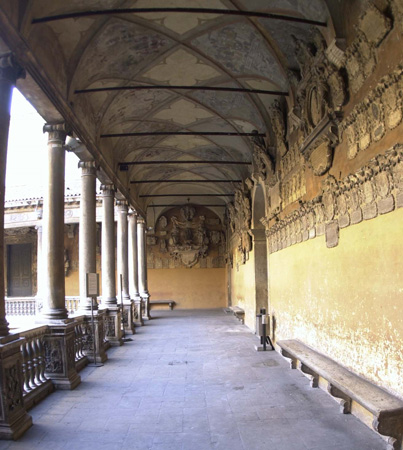 The seminar, organised in the framework of the Master's Degree Programme "Human Rights and Multi-level Governance", is hosted at the Archivio Antico, Palazzo del Bo, on September 11, 2015.

Registration is required. To register, follow the link below.

In recent years religion has steadily been associated to conflict, and less often to peace and successful human rights initiatives. Indeed, religions have attracted most attention as catalysers of extremist and destructive societal forces. As a result, the material socio-economic dimensions of the many “religious” clashes fought worldwide have been largely disregarded, to the benefit of an ideological, intra-religious narrative based on concepts like “islamophobia”, “christianophobia”, and similar. The actual violations of substantive rights of religious groups and persecutions of individuals and minorities have been concealed under the veil of a ubiquitous “clash” of religions and civilisations.

The aim of the seminar is to reconsider the complex interplay of the ideological, socio-political and normative dispositives through which religious élites and political actors have manipulated each other, by exploring the many dimensions of the topic, with an emphasis on human rights. Case studies illustrating the link between religions, religious minorities and socio-political conflicts, will also be addressed, taken from European and non-European contexts.