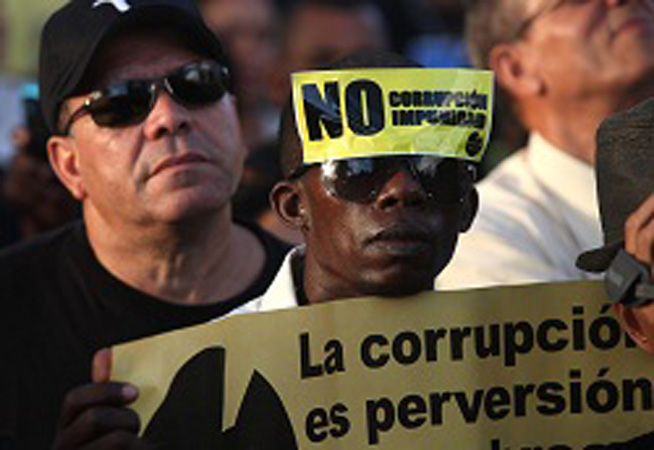 Alto Commissario per i diritti umani

Council of Europe: GRECO calls for reinforced measures to prevent conflicts of interest in Italian Parliament and the judiciary

On January 19th 2017, the Council of Europe’s Group of States against Corruption (GRECO) published its Fourth Round Evaluation Report on Italy.  It focuses on the prevention of corruption amongst members of parliament, judges and prosecutors.

GRECO praised Italy for the measures taken in recent years to address the pervasive phenomenon of corruption in the country. The determined leadership and proactive role of the Anticorruption Authority (ANAC) were also positively acknowledged.  They nevertheless urged the country to better address the thorny issue of conflicts of interest. It called for a thorough overhaul of the current system, including consolidation of the dispersed norms that regulate the matter and more efficient mechanisms of control and accountability.

While GRECO welcomed the recent adoption of a Code of Conduct and Rules on Lobbying by the Chamber of Deputies (Codice di condotta dei deputati e regolamentazione dell'attività di lobbying) it took the view that much more ought to be done to ensure compliance with their provisions. It further noted that the Senate is yet to embark on a similar path. The judiciary was also subject to review and, regarding a system where corruption prosecution becoming time barred is no rare occurrence, GRECO reiterated the need to improve its efficiency to ensure that lawbreakers are brought to justice in time. This is a matter of credibility of the system as a whole. Furthermore, GRECO advised strengthening integrity tools in fiscal courts, given the latest allegations of wrongdoing in this sector. Finally, although GRECO recognised the undisputed reputation, professionalism and commitment of individual judges and prosecutors, it warned of the chilling effects that any alleged politicisation of the profession would have on the perceived independence of the judiciary as a whole.

For instance, the simultaneous holding of the office of magistrate and that of a member of local government should be stopped, and more generally, the issue of political activity of magistrates should be dealt with in all its aspects at legislative level.

Overall, GRECO noted that combating corruption is a matter of culture and not only rules; this requires a long term approach, continuing education throughout all sectors of society, as well as a sustained political commitment and a zero-tolerance approach to corruption behaviours.

The implementation of the 12 recommendations addressed to Italy will be assessed by GRECO in the second half of 2018 through its compliance procedure.