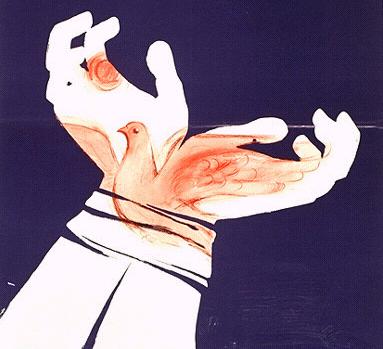 The Council of Europe's Committee for the Prevention of Torture and Inhuman or Degrading Treatment or Punishment (CPT) has published on 8th September 2017 the report on its last periodic visit to Italy, carried out from 8 to 21 April 2016, together with the response of the Italian Government. These documents have been made public at the request of the Italian authorities.

The report refers particularly about the allegations of physical ill-treatment of persons deprived of their liberty by law enforcement agencies or in prisons. Moreover, persons in police custody do not always benefit from the safeguards afforded them by law. Material conditions are also found to be deficient at a number of State Police and Carabinieri establishments, and the CPT’s delegation made an immediate observation during the visit in respect of the persistently poor detention conditions at the Florence Questura. Further, the material conditions of detention and impoverished regime on offer at several prison establishments and the situation of prisoners under the so-called “41-bis” regime are also criticised in the report. In addition, the CPT examines the situation in psychiatric establishments within the framework of the ongoing reforms involving the definitive closure of the judicial psychiatric hospitals (OPGs).

Among the further issues addressed in the report, the CPT takes note of the creation of the institution of the Garante Nazionale dei Detenuti e Persone Private di Libertà, and its designation as National Preventive Mechanism. In respect of the introduction of the crime of torture into Italian criminal legislation, the Committee expresses its misgivings over the formulation of the relevant provisions, which it finds to be at odds with previous CPT recommendations, the case law of the European Court of Human Rights and the 1984 UN Convention on Torture.