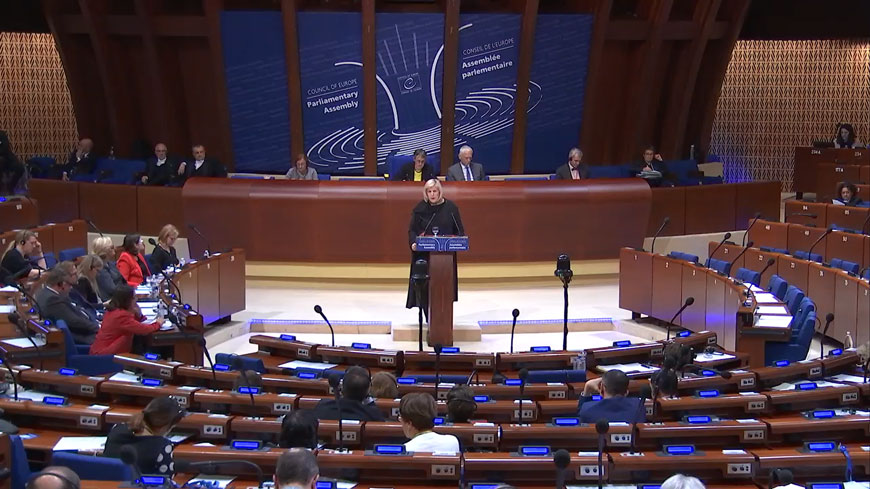 Council of Europe: the Commissioner for Human Rights presented her annual report on the main human rights challenges

The Council of Europe Commissioner for Human Rights, Dunja Mijatović, presented her first annual activity report in a debate before the Parliamentary Assembly of the organisation.

The report focuses on the main human rights issues in the Council of Europe member states, as children’s rights, transitory justice and human rights in the era of artificial intelligence as well as the most recurrent topics of the work done by the Commissioner, like migrants’ rights, women’s rights, human rights of persons with disability, the protection of human rights defenders and the safety of journalists.

The Commissioner affirmed: “Migration is among the most pressing human rights issues on my agenda. National authorities should improve the treatment of immigrants, asylum seekers and refugees, and put human rights and the principle of responsibility sharing at the centre of their migration and asylum policies”.

As regards women’s rights, the Commissioner underscores the need to tackle gender stereotypes and prejudices and to put an end to violence against women and calls on national authorities to reduce the gender pay gap, which remains a “major obstacle to effective equality between men and women, and a widespread problem all over Council of Europe member states, both in the public and private sectors.”

Another problem that the report highlights is the difficulty that many member states still face in tackling discrimination or deep rooted prejudices against persons with disabilities, children, older persons, Roma and LGBTI people. The Commissioner notes that long-standing cultural, social and economic problems continue to breed inequalities and segregation.

The Commissioner affirmed: “There is still much work to be done in order to protect human rights throughout Europe. I am determined to commit my energy to this task, and I fully intend to develop constructive cooperation with governments and civil society for the common goal of upholding human rights.”