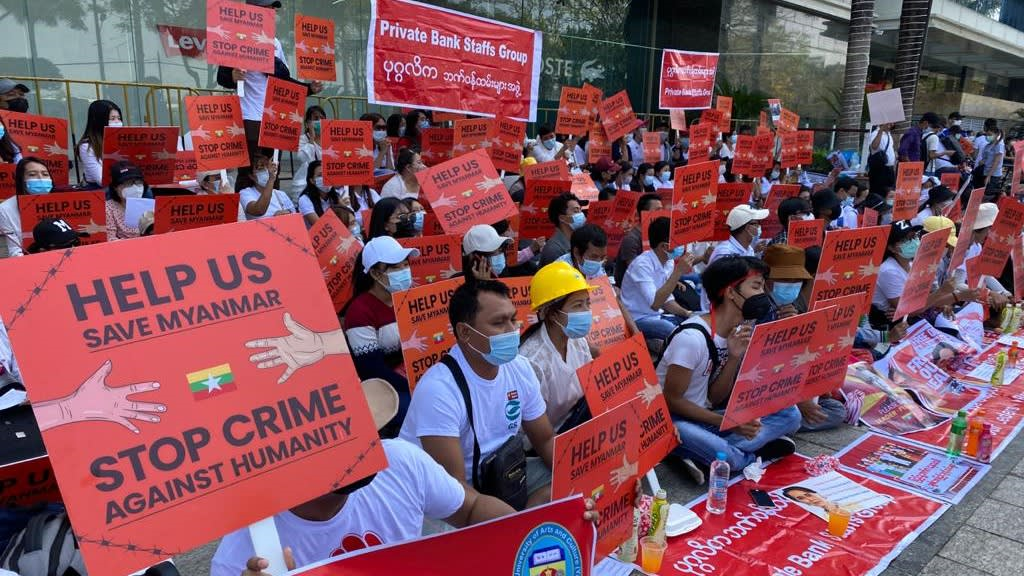 On 1st  February 2021, Myanmar’s army staged a coup d’état in a fragile democratic transition. The military seized executive, legislative and judicial power under the state of emergency, and the country’s de facto civilian leader, Aung San Suu Kyi, and senior political figures of the ruling party National League for Democracy (NLD) were detained on politically motivated charges. The Myanmar military, or Tatmadaw, justified the coup d’état by citing alleged fraud in the 8 November 2020 election, in which the NLD made an overwhelming victory over the military-backed Union Solidarity and Development Party (USDP). Tens of thousands of people have taken part in protests against the military coup and called for the release of the detained elected civilian leader and lawmakers.

During the Special Session of the Human Rights Council on the Human Rights Implications of the Crisis in Myanmar, Nada Al-Nashif, the Deputy High Commissioner for Human Rights, affirmed that the military coup “constitutes a profound setback for the country, after a decade of hard-won gains in its democratic transition.”

Ms. Al-Nashif expressed her support to the rights to justice, freedom, democratic participation, and peaceful, sustainable and inclusive development for Myanmar. She recommended to the HRC “the strongest possible call for the military authorities to respect the result of the election, to return power to civilian control and to immediately release all individuals arbitrarily detained”.

The High Commissioner and the Deputy expressed their hope that “from this crisis, Myanmar will be able to rebuild a country that rests on firmer democratic foundations, which can ensure equality, dignity, human rights and the full inclusion of all in national development”.

The full statement is available on the website below.

OHCHR: Special Session on the Human Rights Implications of the Crisis in Myanmar