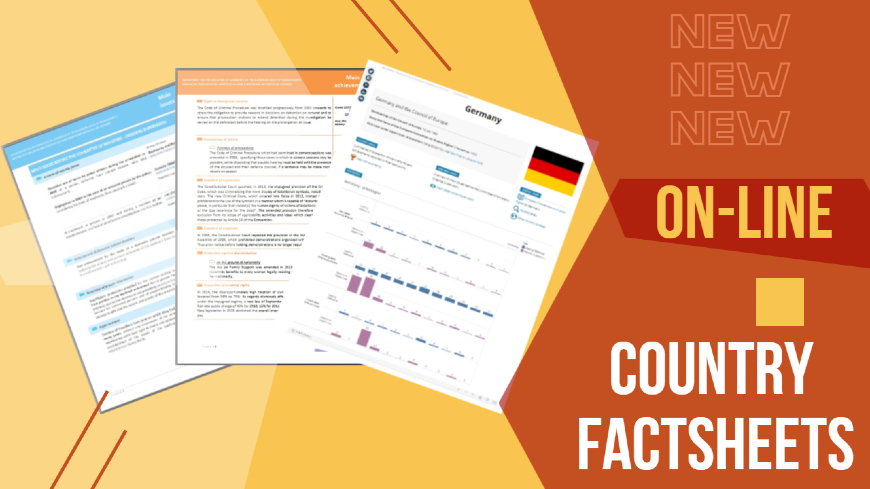 The 47-nation Council of Europe has published a new series of online country factsheets providing information on each member state’s execution of judgments from the European Court of Human Rights (ECHR).

“Increasing transparency by providing clear and up-to-date information to everyone involved – including applicants, member states and civil society – helps to further strengthen the system, which is a clear priority for the Council of Europe”, said Council of Europe Secretary General Marija Pejčinović Burić.

For each of the last ten years, the country factsheets show the number of new cases, pending cases and cases closed by the Council of Europe’s Committee of Ministers, which is responsible for supervising the execution of ECHR judgments by member states.

The figures are divided by the number of “leading” cases, generally highlighting new structural or systemic problems, and repetitive cases focusing on issues that have already been identified by the ECHR.

The country factsheets also summarise the main achievements resulting from each country’s implementation of ECHR judgments, as well as the main issues which are still being considered by the Committee of Ministers. The country factsheets have been developed by the Council of Europe’s Department for the Execution of ECHR judgments to further enhance the transparency of the execution process and to make information more accessible to interested parties.

They are supplemented by a growing number of thematic factsheets summarising changes to policy and practice on a range of issues – including judicial independence, freedom of expression and the environment – linked to the implementation of ECHR judgments.