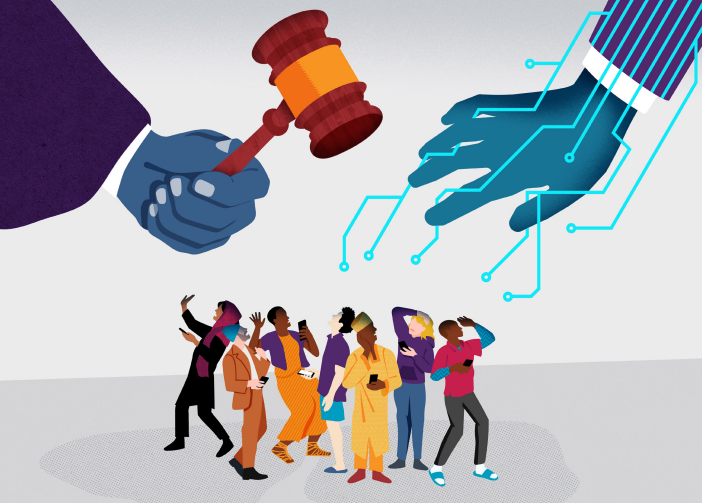 The new report by Freedom House, Freedom on the Net 2021, has now been published. In its key findings, the report underlines that global internet freedom declined for the 11th consecutive year. A growing number of governments are asserting their authority over tech firms, forcing them to comply with online censorship and surveillance. The greatest deteriorations were documented in Myanmar, Belarus, and Uganda.

Government intervention in the digital sphere has dramatically increased. Out of the 70 states covered by the report, 48 pursued legal or administrative actions against technology companies on content, data, and competition. Users are now more pervasively monitored by companies through processes that lack democratic safeguards, such as transparency, judicial oversight, and public accountability. As a consequence, freedom of expression online is under unprecedented strain. In 56 countries, governments arrested or convicted people for their online speech; in 20 countries, governments suspended internet access; and in 21 countries, they blocked access to social media platforms, most often during political turmoil.

According to Freedom House, China ranks as the worst environment for internet freedom for the seventh year in a row, and the United States’ score declined for the fifth consecutive year mainly for the prevalence of false, misleading, and manipulated information. A more promising focus on transparency and due process can be found in Europe. The European Union (EU) framework for internet regulation promises to set some positive rules for the tech sector thanks to new legislation introduced this year—the Digital Services Act (DSA) and the Digital Markets Act.

Given this scenario, Freedom House reiterated that it is essential for States to protect human rights online and to preserve an open internet. The emancipatory power of the internet depends on its egalitarian nature. To counter digital authoritarianism, democracies should ensure that regulations enable users to express themselves freely, share information across borders, and hold the powerful to account. It is recommended that States fully integrate human rights principles in competition policy enforcement and enshrine human rights principles, transparency, and democratic oversight in laws that regulate online content.

Freedom on the Net 2021, Freedom House