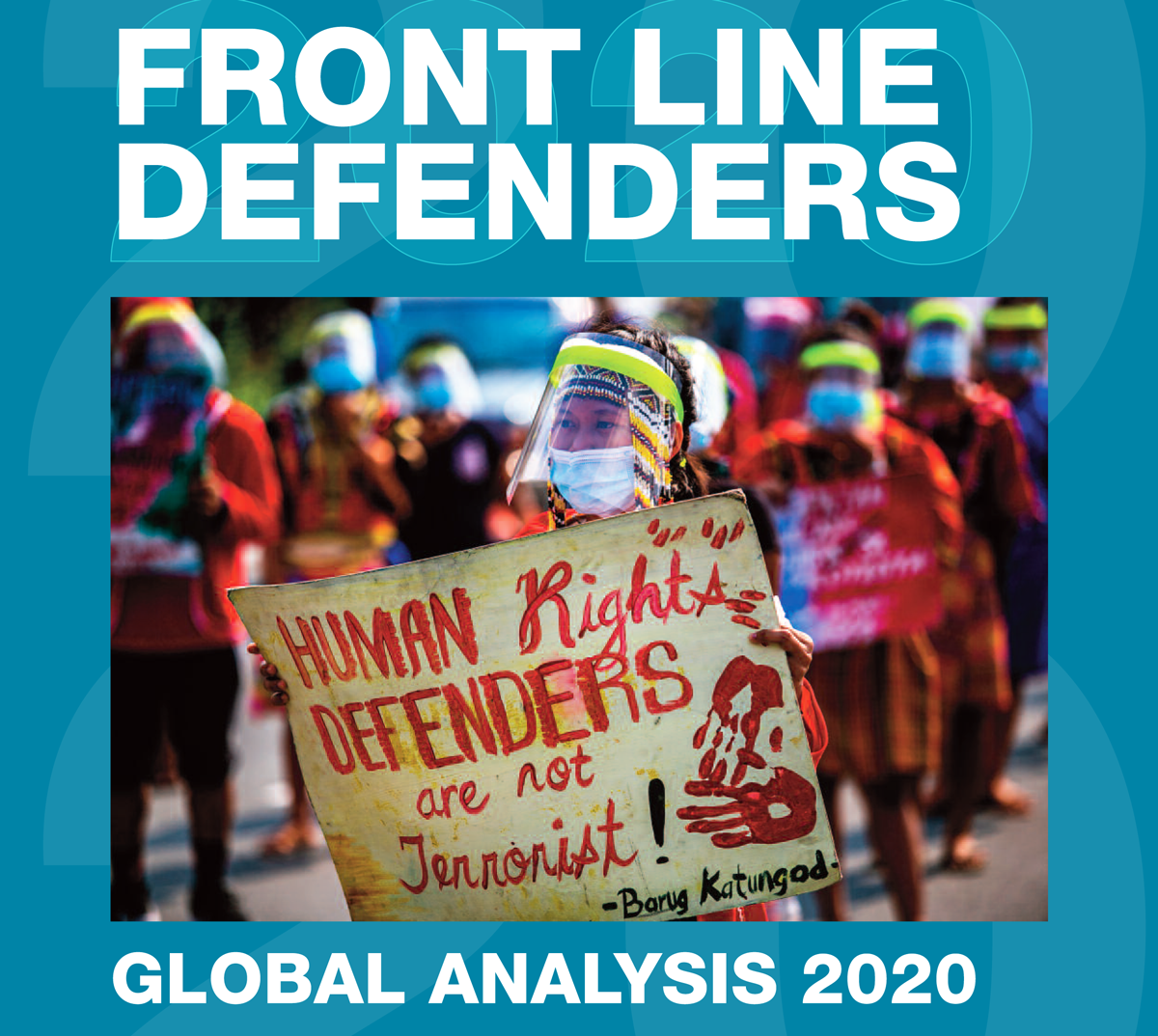 Front Line Defenders has published a global analysis on human rights defenders (HRDs) in 2020, which analyses the impact of the COVID-19 pandemic on human rights and HRDs.

Colombia, once again, tops the list (53% of all cases) with 177 deaths, followed in the Americas by Honduras, Mexico, Guatemala and Brazil. In Asia, the Philippines recorded 25 deaths and Afghanistan 17.

Focus: Why are so many defenders being killed in Colombia?
Following the signature of the peace agreement (Nov 2016) and the demobilisation of the Revolutionary Armed Forces of Colombia (FARC), and in the absence of any, or at best limited, state presence or apparatus, new and existing armed groups assumed control of territories once controlled by the disbanded group. Since 2017, these warring factions have competed to control the territories in pursuit of their illicit economic and trafficking activities. HRDs have been left exposed by the failure of the Colombian government to implement crucial elements of the peace agreement. Political leaders have stigmatised defenders who highlight the situation while the authorities have, in at least a couple of cases, withdrawn protection measures from leaders at risk. It has been left to HRDs to push for the implementation of crucial elements of the peace accords and to promote crop substitution programmes to their communities. These defenders, alongside those defending land, environmental and indigenous peoples’ rights, are routinely targeted by armed groups. Last year saw the added dimension of these armed groups violently imposing quarantines, mobility restrictions and forcing communities to comply as a means to better exert their control and limit the abilities of those opposing their illicit activities. The State’s response was to increase the military’s presence in these territories, which has been counterproductive and ultimately has increased the levels of violence and risk for communities and HRDs. Military personnel have also been denounced for their disproportionate use of force against civilians and HRDs.