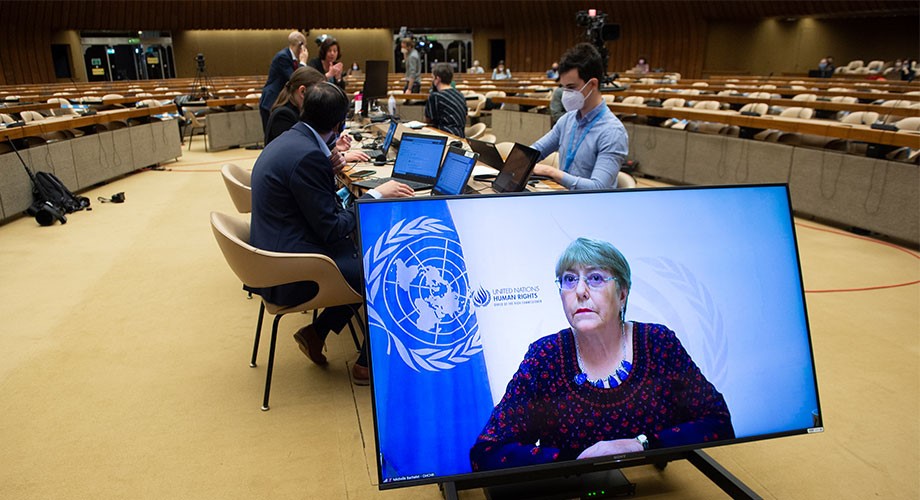 Human Rights Council Establishes International Commission of Inquiry to Investigate Violations in the Occupied Palestinian Territory, including East Jerusalem, and in Israel

On 27 May 2021, the Human Rights Council (HRC) established an international commission of inquiry to investigate violations leading up to and since 13 April 2021and all underlying root causes of recurrent tensions in the Occupied Palestinian Territory, including East Jerusalem, and in Israel.

During the special session, UN High Commissioner for Human Rights Michelle Bachelet condemned both sides for the escalation between Israel and Palestinian armed groups erupted on 10 May, which has caused tremendous civilian deaths and injuries, including children. The High Commissioner is also troubled by the risk of evictions in Sheikh Jarrah and other neighbourhoods of East Jerusalem, which continues to fuel tensions, the documented incidents of settlers using live ammunition to attack Palestinians, as well as mob violence and riots between Palestinian citizens of Israel and ultra-right-wing groups, reinforced by Israeli settlers. Ms. Bachelet reiterated that Hamas and all armed groups must refrain from using indiscriminate rockets and mortars, and Israel must ensure accountability in accordance with its obligations under international humanitarian and human rights laws. To avoid the next round of violence, root causes must be addressed, affirmed the High Commissioner.

By the resolution, the Council calls upon all relevant parties to cooperate fully with the commission of inquiry and to facilitate its access. It urges all States to refrain from transferring arms when they assess that there is a clear risk that such arms might be used in the commission or facilitation of serious violations or abuses of international human rights law or serious violations of international humanitarian law.

The resolution was adopted by a vote of 24 in favour, 9 against and 14 abstentions. However, it worth noticing that none of the EU countries was among the 24 State voted in favour. While Denmark, France, Italy, Netherlands, and Poland abstained from voting, Austria, Bulgaria, Czech Republic, and Germany voted against.