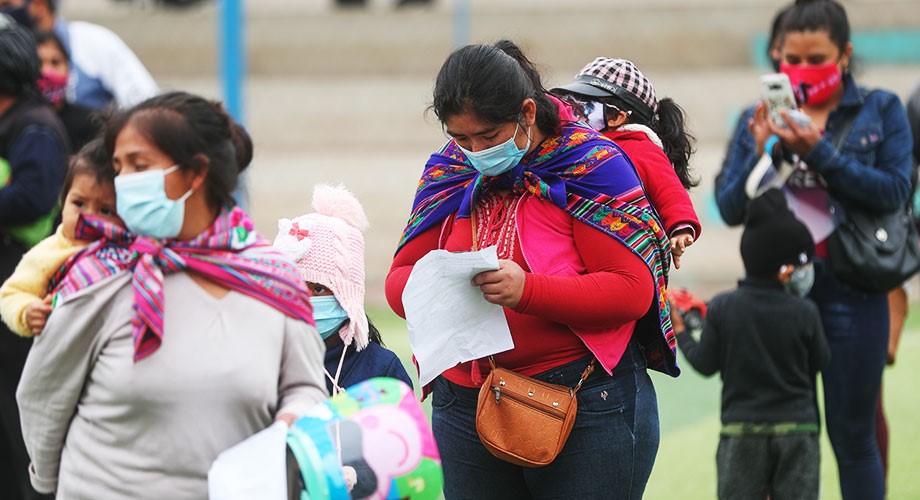 During the Human Rights Council Social Forum, held on 8 and 9 October in Geneva, the world leaders gathered together in order to discuss the “Good Practices, Success Stories, Lessons Learned and Current Challenges in Combating Poverty and Inequalities” as the world faces the worst economic downturn since the Great Depression, following the Covid-19 pandemic. According to the World Bank estimation,  the pandemic will push another 176 million people into poverty.

The Social Forum was guided by the “poverty matrix” – a scheme that examines the interrelated causes of poverty, including environmental and health vulnerabilities, discrimination, social exclusion, and systemic injustice. The matrix was developed by Olivier De Schutter, the UN Special Rapporteur on extreme poverty and human rights.

The UN Commissioner for Human Rights Michelle Bachelet addressed that pre-existing and systemic inequalities were brought to the fore by Covid-19. “It is time to stop looking the other way. We cannot want – or accept—going back to so-called normality that made our societies so vulnerable, so fragile, so unequal – and so unjust,” said Ms. Bachelet.

“Health care is one of the great equalizers and when it is not there, inequality rises,” said Winnie Byanyima, Executive Director of UNAIDS. As part of the keynote panel discussion on poverty and inequalities, Byanyima pointed out that “a health crisis has to be overcome by delivery on all human rights”.

According to Lucas Chancel, co-director of the World Inequality Lab of the Paris School of Economics, the already huge wealth gap is widened during the pandemic, with the top global 1 percent accounting for more wealth than the bottom global 50 percent combined. Crises, such as environmental or epidemiological shocks, point to how little resilience exists in many societies and can result in an “explosion of inequality.” He said that it is by designing and promoting policies that create greater equality

Chen Zhigang, Deputy Director, State Council Leading Group Office of Poverty Alleviation and Development of China, said that precise data has been a key component in the country’s principle of “poverty identification before poverty relief.” “This had laid a strong foundation for taking targeted poverty relief measures,” Zhigang said.

For the most vulnerable countries, the pandemic has reversed decades of progress on poverty, healthcare, and education, said Fekitamoeloa Katoa ‘Utoikamanu, High Representative for the Least Developed Countries, Landlocked Developing Countries and Small Island Developing States (OHRLLS). One solution to the challenge of combatting this lies continuing with climate change mitigation work, she said.

‘Utoikamanu also recommended restructuring debt and debt workouts for LDCs, supporting stimulus packages for vulnerable nations, and having people participate in overcoming the challenges posed by widening poverty and inequalities. “It is my humble view that without seeking that participation, we will not be able to move forward in sustainable ways,” she said. “So let’s come together to move from words to action.”