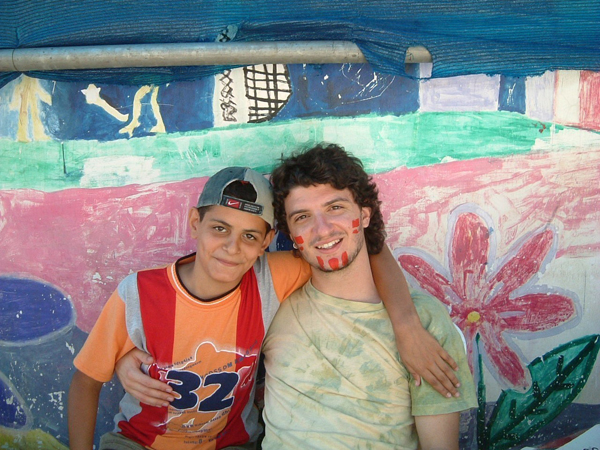 On 24th January 2012, in the Council's room of the Municipality of Monterotondo (RM), a public conference was held to name after the secondary school (before 'Marco Polo') 'Angelo Frammartino'.
The school is located in the historic centre of Monterotondo.

The conference members were, among others: the Major of Monterotondo, Mauro Alessandri, the Councillor for financial and budget policies of the Province of Rome, Antonio Rasati, the Principal of the school, Gabriele Martinelli and Professor Antonio Papisca of the University of Padua.

They participated in the dialogue For a school in the service of a society, founded on the recognition of  universal human rights.

The school was named after Angelo Frammartino, a young Italian pacifist killed in Jerusalem on 10th August 2006 by a Palestinian. Angelo was there as volunteer in the framework of the project "La torre del fenicottero" (The tower of the flamingo) aimed at helping children, victims of the Israeli-Palestinian conflict.