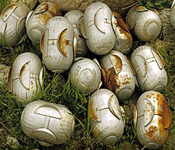 On 21st September, the international day of peace, the Italian Under-Secretary for foreign affairs Vincenzo Scotti presented, in New York, the legal instrument by which Italy ratifies the Convention on cluster munitions (CCM). Italy is the 65th country to ratify the Convention. However, the total number of ratifications has already grown to 66, following the more recent ratification of the Czech Republic.

Italy has actively participated in the Oslo process which led to the adoption, in 2008, of the Oslo Convention on cluster munitions, entered into force on 1st August 2010. The Convention prohibits all use, stockpiling, production and transfer of cluster munitions. It also establishes rigorous terms for the clearance of contaminated areas and the destruction of stockpiles. Furthermore, it includes innovative dispositions on the assistance to victims and affected communities.

In the past, Italy has produced cluster munitions so it still holds stockpiles that, according to the Convention, must be destructed "as soon as possible but no later than eight years after the entry into force of the Convention for that State Party". Another consequence stemming from the norms of the Convention is that each States Party must not assist States engaged in prohibited operations or activities, even though they are allies in the framework of the NATO. To date, only 16 out of 28 allies are parties to the Convention.

In order to give prompt application to the Convention in its internal legal order, Italy has already adopted the Law No. 95/2011 establishing penal sanctions and fees for whom violate the Convention. This law banishes any activity of financing, use, reparation, promotion, sale, distribution, import, export, stock or transfer of antipersonnel mines, cluster bombs and sub-munitions.

It is a very important step for Italy that, after the ratification of the Oslo Convention, is party to all international legal instruments banning inhuman arms, inter alia: the Ottawa Convention on antipersonnel mines of 1997 and the Convention on prohibitions or restrictions on the use of certain conventional weapons which may be deemed to be excessively injurious or to have indiscriminate effects of 1980.